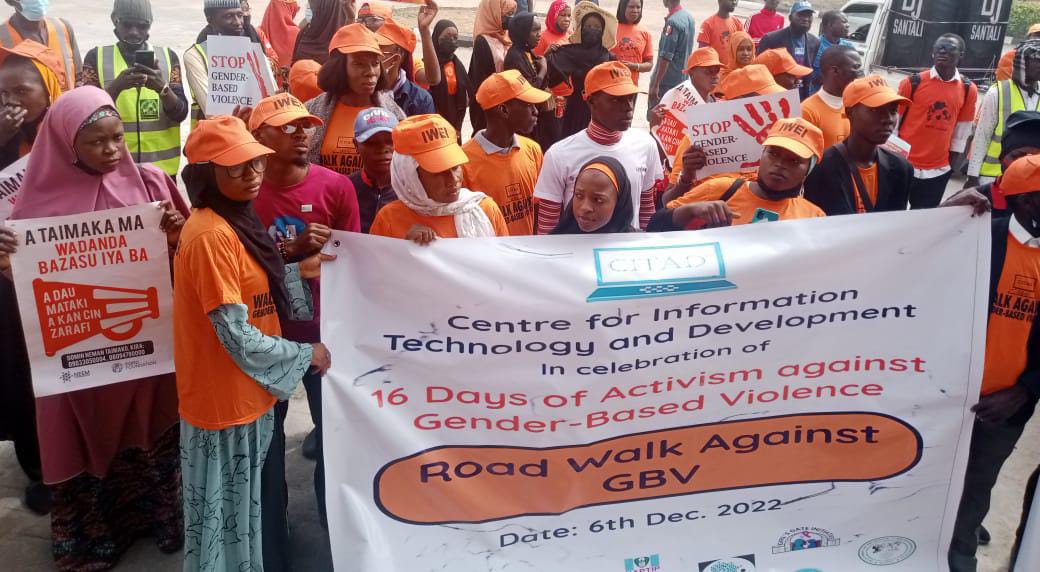 Centre for Information Technology and Development (CITAD), National Human Rights Commission, National Agency for the Prohibition of Trafficking in Persons (NAPTIP), Nigeria Security and Civil Defence Corps and other civil societies added their voices to the call against Gender-Based Violence (GBV) during an awareness walk on the streets of Kano.

The campaign is part of activities to commemorate the 16 days of activism against Gender-Based Violence.

Speaking on the awareness walk, the CITAD gender officer, Zainab Aminu said it was organized to create awareness of the threat of gender-based violence in the society.

Read Also: Women abuse cases rising in Kano due to culture of silence among victims

Zainab said the recent increasing cases of gender-based violence gave cause for concern, submitting that the civil societies and media had a great role to play in educating the people, particularly victims, to speak out.

The gender officer also decried the rising cases of GBV in Kano, saying that, the Centre had recorded over 800 cases of rape, domestic violence, sexual abuse and online harassment from January 2022 to date.

She urged Kano State House of Assembly to domesticate the Violence Against Persons Prohibition Bill (VAPP), and the Kano State Child Protection Bill, to enhance the fight against sexual and gender based violence.

Zainab Aminu stressed that, if passed, the laws would go a long way in curbing the menace, where perpetrators would be prosecuted to have a safer society.

Gender-based violence must be put to a stop because it is an evil act. It ranges from rape, battery and child molestation, among others “ 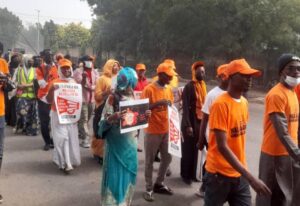 She said, NAPTIP zonal command which compromise of Kano, Katsina, Jigawa, Kaduna and Bauchi states, was committed to eradicating sexual and gender based violence, child labour and molestation, human trafficking among others.

He said, a public hearing on child protection bill was organized by KNHA to collate inputs from the public, stressing that, the delay was to consult the different sects in line with cultural and religious teachings.