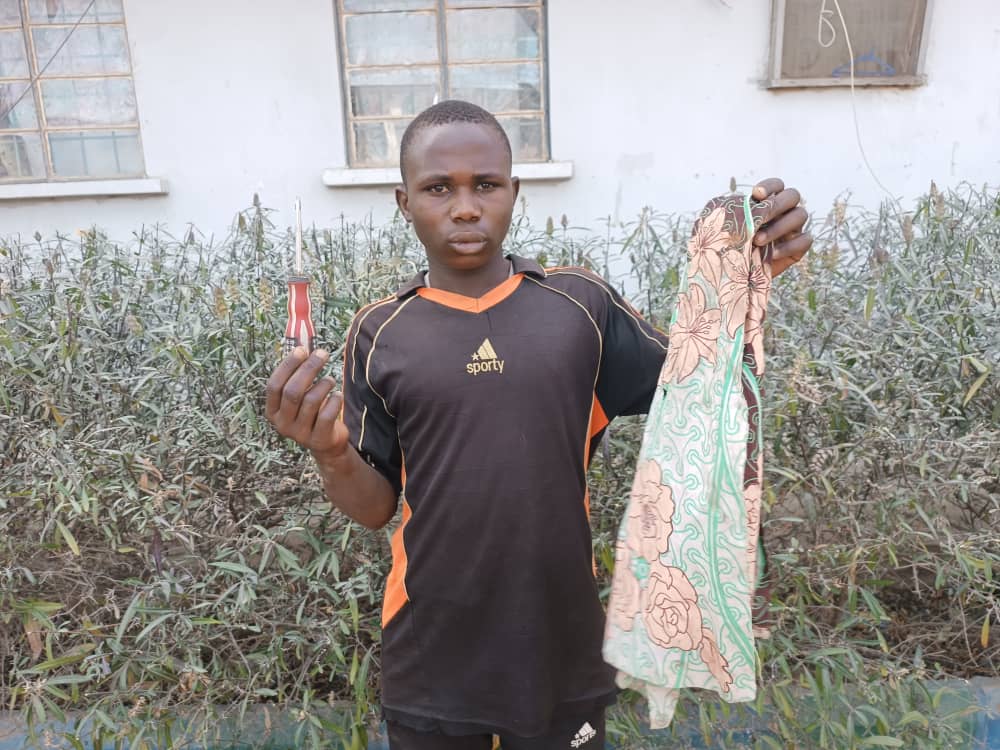 A 20-year-old boy, Gaddafi Sagir has been arrested by the Kano state Police Command for allegedly killing his stepmother and her daughter in Rijiyar Zaki area of Ungogo Local Government of the state.

The incident happened on Saturday evening, 11:00pm, after the young boy used a sharp object to kill the woman, Malama Rabi and strangled the neck of the daughter with her head tie.

Residents of the area, Muhuyidden Khalil said the husband of the deceased, Malam Sagir Mai Magani alerted the neighbors after he came back and found them in blood and later reported to the police.

“He knocked at my door and told me that he found his wife and daughter dead. We gathered our neighbors and entered the house, we found the mother in blood and the daughter strangled with a wrapper. We asked him whether he is suspecting anyone he said no. but he said he suspect they eat poison or something else.

“Later we went to a house where the accused and his brother live and we found him with a new wound and blood on his hand. When we asked what happened, he said he got wounded while working as a carpenter. But when we asked the person they were working with, he said they didn’t even go to work today. That was when we returned and called the police,” he said.

However, Chairman of the Local Government Council, Engineer Abdullahi Garba Ramat said the boy narrated that he decided to kill his stepmother because he accused her of dissolving his mother’s marriage with his father.

Meanwhile, the police through its spokesman, SP Abdullahi Haruna Kiyawa said the boy has been arrested and he has confessed to the crime, adding that investigation has commenced into the matter.