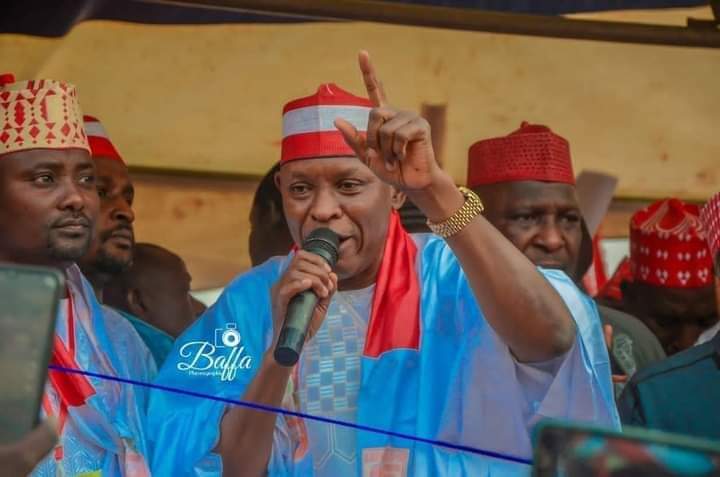 The New Nigeria Peoples Party (NNPP) and its gubernatorial candidate in Kano, Abba Kabir Yusuf has threatened to boycott peace fact which will be signed among parties for peaceful conduct of the 2023 general elections.

The party through its chairman in the state, Umar Haruna Doguwa said they will not sign what they know will not be abide by and that they won’t spare anybody that touch them.

Doguwa stated this in an interview with BBC Hausa, saying that this has happened in the past when they will sign peace deal among the parties, but some people will take that advantage and attack them.

“This time around we will not tolerate that, it has reached the peak level.”

He added that even in recent days, the state Chairman of the All Progressive Congress (APC), Abdullahi Abbas has threaten to youth whatever force to win elections in the state, describing his words as inciting which calls for punishment.

“We are representing people, hence we will not fold our hands and allow someone to tell us whatever he likes. This time around we are ready for whatever they are coming with.

“Everybody know that we are peaceful and we promote peace in Kano, but the most worrying is how members of the APC utters inciting words in front of security personnel but no action has ever been taken,” he said.

He said that is why is better for them not to sign any paper, as the security personnel that will witness the peace accord are there when APC made the inciting pronouncement but they didn’t take action.

On his part, Chairman of the APC in Kano, Abdullahi Abbas, who is accused of uttering the inciting words said he didn’t meant to attack or injure anybody but to work hard and ensure victory.

“The word Tsiya-Tisya doesn’t mean to attack someone, but to strategically work hard and win elections,” he said.