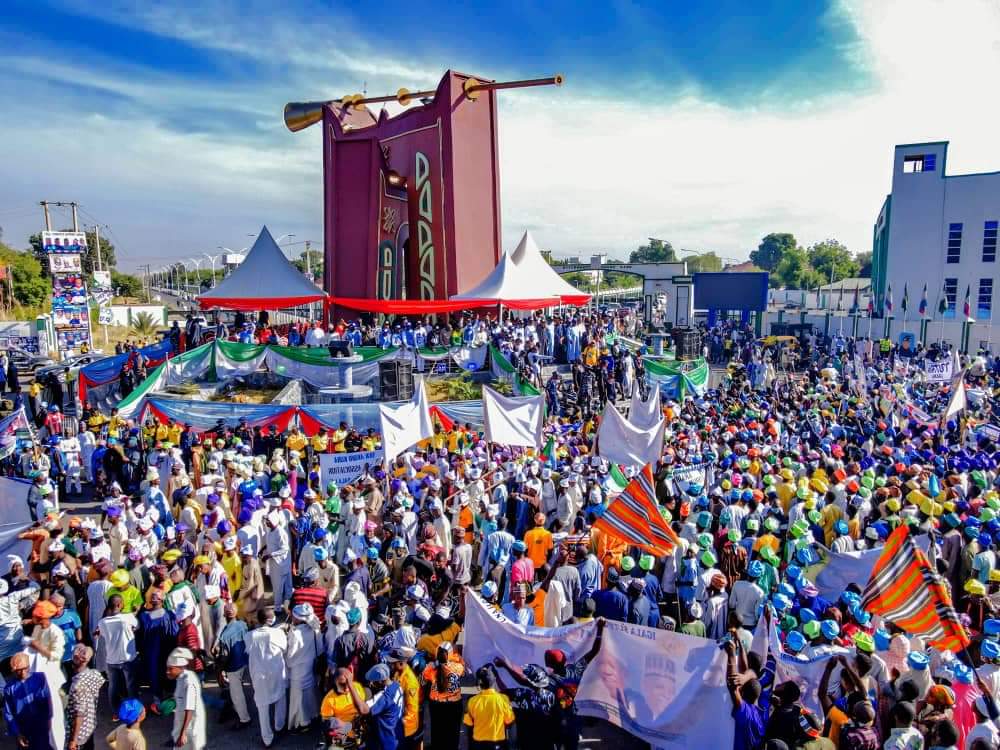 More than 23 people have been confirmed to have slumped due to the unprecedented crowd that generated gridlock at a show of PVC walk organised in Kano by the Director of North West Tinubu/Shettima campaign support group, Bappa Babba Danagundi of the All Progressives Congress (APC) in the state.

The one million man march which took place in Kano, Sunday, started from the Emir’s palace in the ancient city and reached its climax at the Government House senotaph roundabout where governor Abdullahi Ganduje received the support group.

First aid workers and security personnel were busy ensuring the safety of those present and managing the traffic which brought most part of the city to a standstill.

Some of the noticeable unusual sights at the gathering were the complete absence of thugs brandishing dangerous weapons and destroying billboards belonging to opponents from other political parties, a situation that gives hope for a peaceful conduct of the elections come 2023.

Addressing newsmen at the close of the event at sunset, Alhaji Bappa Babba Danagundi expressed excitement over the successful conduct describing Tinubu candidacy as a done deal in Kano.

“I thank the Almighty God for the successful conduct of this event which shows how people have accepted and responded to our mobilization activities for the success of Bola Ahmed Tinubu in the coming 2023 general elections.

“It is clear that Tinubu presidency in Kano is a done deal” he declared.