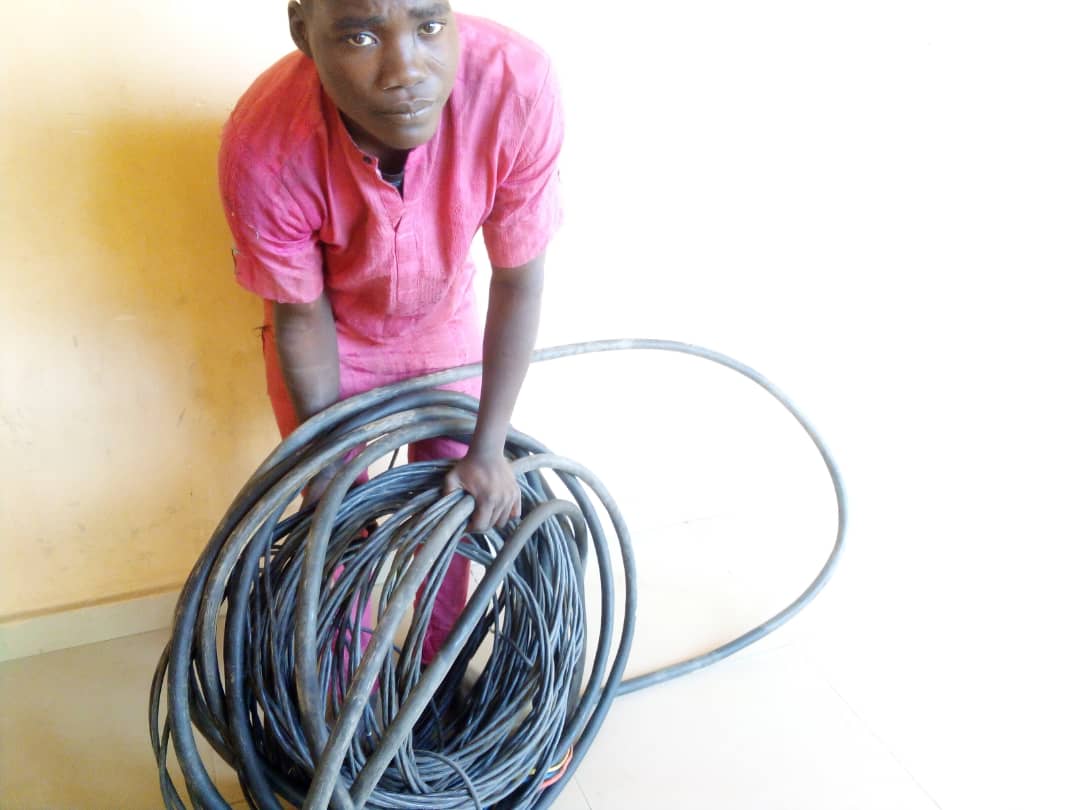 The Spokesman of the NSCDC in Kano, DSC Ibrahim Idris Abdullahi said the suspect was arrested while cutting the cables from a building in Bompai area of Nasarawa local government.

According to him, he was caught in the act of committing the crime by the security guards of the premises.

“The suspect entered a building located along Bompai road, Nassarawa local government and was caught cutting and vandalising an armoured cable ( 21 metres in size) and a 33 metres aluminum ratline conductor cable.

“He was apprehended while committing the nefarious act by the security guard of the premises.”

The PRO said investigation into the case has been concluded by the Corps and the suspect will be arraigned before a Court.