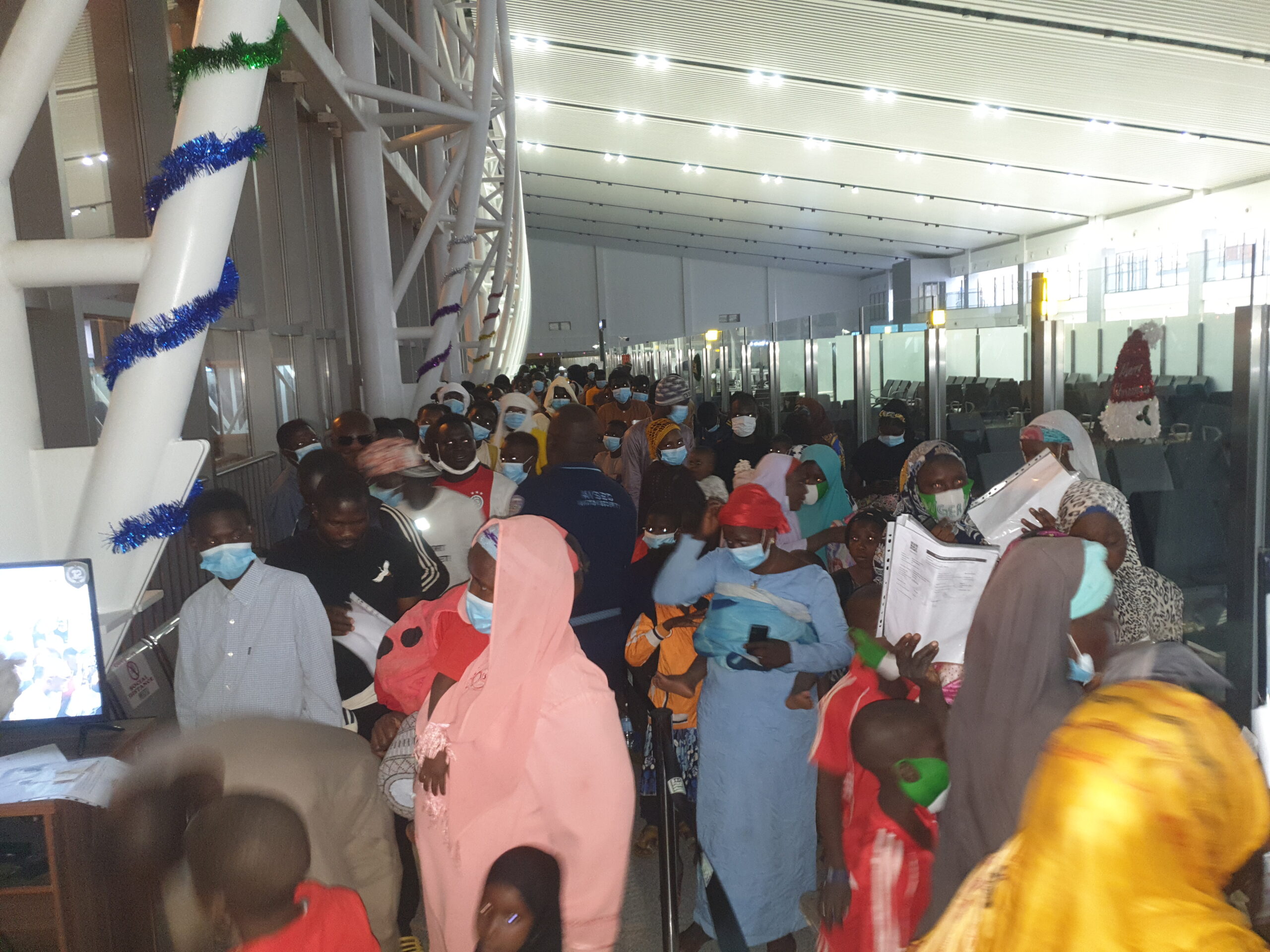 No fewer than 266 Nigerians that were stranded in Niger Republic while on their way to Algeria and Libya returned to the country in the early hours of Friday.

Daily Focus reports that the returnees were recieved by the National Emergency Management Agency (NEMA) on Friday at the Malam Aminu Kano International Airport in Kano.

This is coming barely few days after the agency recieved 105 stranded indigenes of the country from Republic of Chad.

Recieving the returnees, the Director General of the agency, Mustapha Ahmed Habib, said they were brought back to Kano under the care of the International Organisation for Migration (IOM) from Niger republic (Niamey) through a voluntary repatriation programme.

“The program was meant for the distressed Nigerians who had left the country to seek greener pastures in various European countries and could not afford to return when their journey became frustrated.”

The DG further explained that the returnees would undergo a four-day training on how to achieve self sustainability and provided with seed capital to enable them to engage in productive activities to be self reliant and were given refreshment.

According to him,the agency from April to Dec.13, 2022, received 723 stranded Nigerians repatriated from Agadas Niger Republic, Khartoum Sudan, Chad and were trained on various skills acquisition

Recounting their ordeals, Hajiya Salamatu Muhammad,from Kano State said she travelled to Niger with her 6-year-old granddaughter to seek for greener pastures.

“Initially I intended to travel to Algeria but on our way the driver dropped us in a town called Asamaka in Niger Republic. My husband is old and his shop has been seized so I had no option than to travel to seek for greener pasture.”