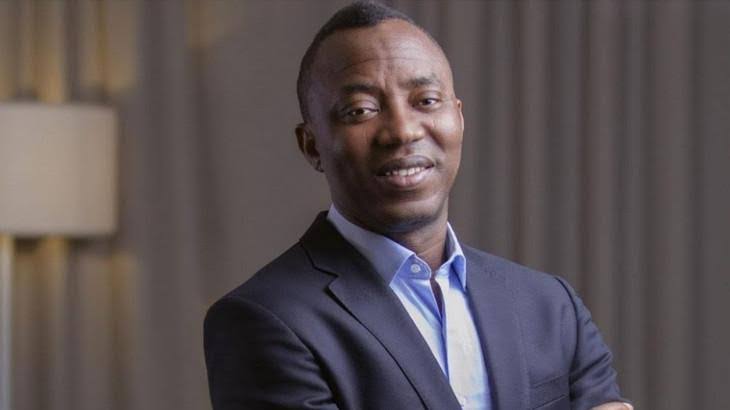 Ahead of the 2023 general elections, the presidential candidate of the African Action Congress (AAC), Sowore Omoyele has visited Kano to avail his manifesto, and solicit support for the party.

The presidential candidate and the publisher of Sahara online newspaper assembled his party members at the state Anti Corruption Institute to formally present his presidential agenda while vowing to end insecurity in the country.

During the assembly, the gubernatorial candidate reiterated there readiness to secure Kano and Nigeria but have no money to show to people to vote for them.

He said, “we want people to choose us by merit not what we have to offer.”

In his speech, Sowore Omoyele said he will fight hunger and starvation which through it he believes security in the country will be regained.

He added that he came to Kano as part of his campaign and as part of his plan to fight corruption, that is why they assembled at the anti-corruption institute in kano. And when ever he is in kano he feel free and at home and it allow his to wear “babbar Riga”/“agbada”.

In his manifesto he said “ our number one of our idea is to secure Nigeria, to end security either to fight or bring machineries, second to take care of security agencies and share prosperity.

“Second agenda is to ensure availability of electricity as elite benefit from the darkness as the government is built on darkness so that many will benefit.“

In his thirds agenda he assured to bring a better aspect of education, saying the negligence of Nigerian leader that make ASUU strike for month. His party is ready to bring leadership Nigerian has been asking for and praying for always.

He said, “when I was coming to Kano people in the south were telling me when you go to Kano they will be asking you for money because they are looking for it but to his surprise, when he came, they were asking for school not money that they know what they want and what they are looking for.

The occasion was graced by his running mate Barr. Haruna Magashi, the Vice Chairman Northwest, Engr Muhammad Sani Yakasai, the gubernatorial candidates of Kano, Idi Mustapha Gaya and that of Zamfara state, their deputies and the state party chairman, A.A Sharif among other party members.