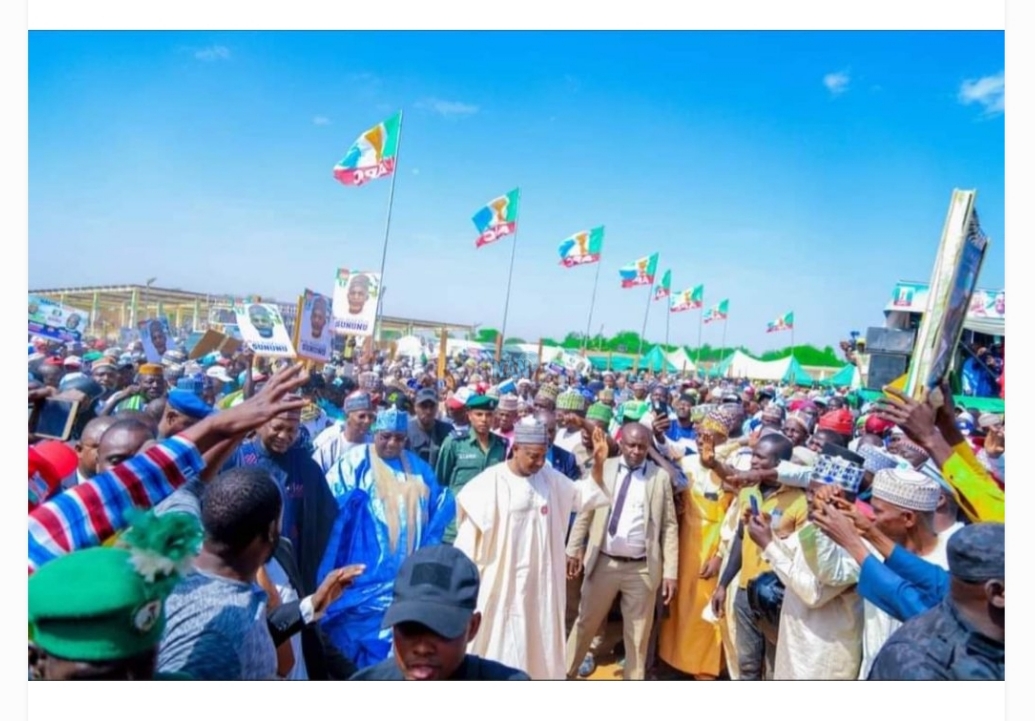 Governor Abubakar Bagudu of Kebbi has said that the All Progressives Congress (APC) remains the only option for Nigerians and their choice in the coming 2023 elections.

This is contained in a statement in Abuja on Friday by Badugu’s Special Adviser on Media, Mr Yahaya Sarki.

The governor made the remark at the inauguration of the zonal campaign rally in Yauri, Kebbi south.

He said that his conviction was premised on the fair manner the party’s candidates emerged sequel to transparent and open processes.

He said that APC and its leaders were always just and open-minded unlike some of the egocentric and unpatriotic former members who left the party and imposed themselves as candidates and intimidated their perceived weaker party members.

Bagudu said that the APC-led Federal Government under President Muhammadu Buhari and the Kebbi State Government had performed creditably well in the last seven years.

He said that this was evident in the array of infrastructural development dotting the entire landscape of the zone and the state in general.

The governor appealed to the people of the state to vote for APC candidates at all levels to ensure continuity.

Bagudu assured the people of the state that the APC gubernatorial candidate, Dr Nasir Idris and his running mate, Sen. Umar Abubakar in the state would build upon the legacy of the ruling APC if elected.

He acknowledged the sustained support of the people of the state to the federal government and his administration,urging them not to relent in doing so.

He appreciated President Muhammadu Buhari and the state governor for the massive infrastructural development in the entire Yauri Emirate particularly the road construction and electricity supply which has eluded the Emirate for many years.

Kana assured APC members that good tidings would come their way soon that would put smile on their faces.

He said the incumbent administration of gov. Bagudu has recorded significant development in all the 21 Local Government Areas of the state.(NAN))