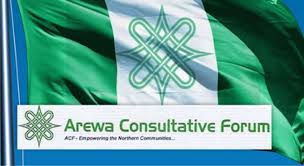 In a bid to foster serene and more conducive political space, Kano chapter leadership of the Arewa Consultative Forum (ACF) has convened an individual meeting with Kano governorship candidates.

According to the chairman of the Forum, Dr Farouk Umar, said, the essence of the interactive session is to discuss with the candidates what they intend to do when they are elected and the forum also given them views regarding their own expectations.

“Part of what we have told them is that we would like them to state that when they win election, they will not interfere with the allocations of the various local governments we have.

“Secondly, we have also called on them to ensure that there officials from commissioners to permanent secretaries to ministry staff, nobody will take his son or daughter to school abroad to ensure that their children school in public schools so that they will know the problems of our educational institutions.

Political analyst, Professor Kamilu Sani Fagge of Bayero University Kano, who is also a member of the forum said, the idea for engaging the candidates one on one is for them to let the forum about their plans for the state if and when elected.

He added that every sane society looking forward to prosperity and development, elders will have to thread in the same direction so as to set a pace for the upcoming generation and for the sake of democracy and leadership.