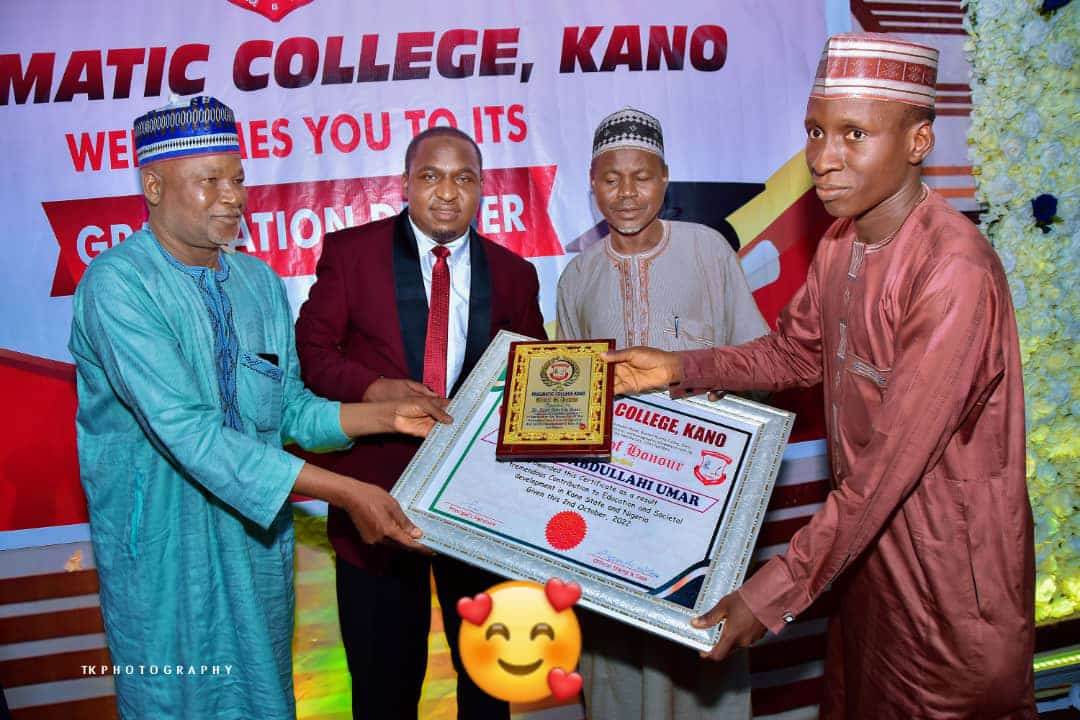 Hajiya Asiya Balaraba Ganduje, daughter of the executive governor of  Kano, Dr Abdullahi Umar Ganduje, has received an award of honor as an Icon of Educational Development in Kano state.

The award, which was given to her by Pragmatic College during their graduation ceremony in Kano, is due to her enormous contributions to the development of education in the state and the entire country.

Speaking while issuing the award, the Proprietor of the school, Dr Inuwa Ibrahim said Balaraba Ganduje deserve to be recognized on the efforts she is making towards development of the society and her contributions to the educational sector.

He said, as a daughter to the executive governor, Hajiya Balaraba is always concern about the poor and needy and finding lasting solutions to their needs.

Also speaking, Professor Ibrahim Garba Sheka described Balaraba as a role model that should be emulated by all people aspiring to see the state and the nation has grown.

He urged people to emulate the kind gestures she is doing to humanity, describing the award as well deserved and encouragement for her to do more.

Recieving the award, Hajiya Asiya Balaraba Ganduje thank the school and the entire management for the recognition, promising to see that as an encouragement to invest hugely in humanity.

She also congratulate the graduating students and urged to intense their efforts to acquire both western and religious education.

Represented by Assalfi Isa Ibrahim, Balaraba Ganduje advice the students to be of good characters and remain good ambassadors for their parents and the society.