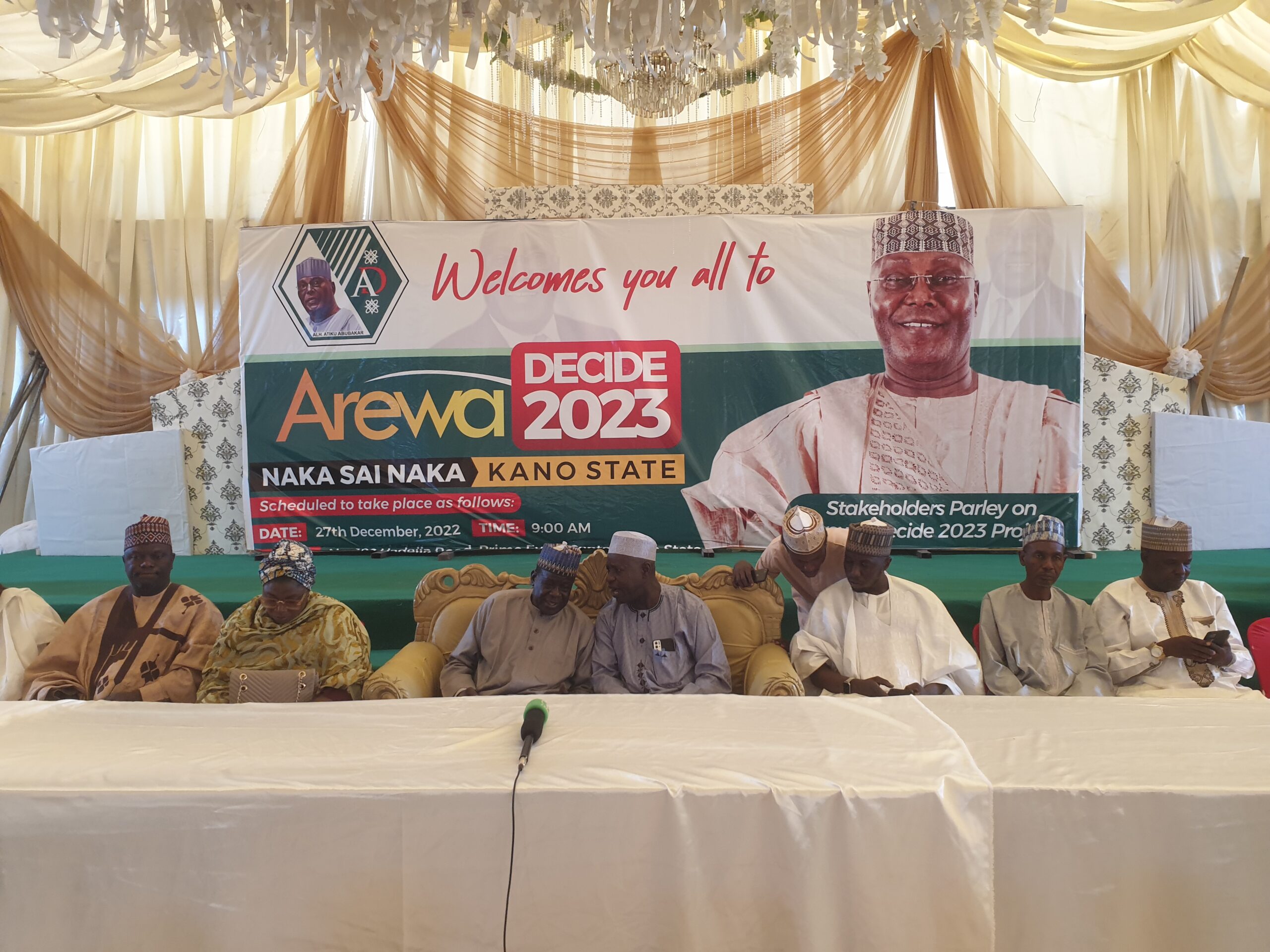 A group of supporters in Kano, Naka Sai Naka Support Group, has said that the presidential candidate of the People Democratic Party (PDP), Alhaji Atiku Abubakar will perform better than President Muhammadu Buhari of the All Progressive Congress (APC) if elected in the coming 2023 elections.

The group through its Coordinator, Alhaji Rabiu Hussaini, disclosed this while addressing newsmen in a rally organized to woo supporters for their presidential candidate tagged Arewa Decide 2023, which was held in Kano on Tuesday.

Hussaini said based on his past records and the situation the country is in presently, their candidate can do better if he becomes the president, adding that they will deliver the whole north for him.

“We want to assure you that the whole 19 northern states, especially the masses, are behind Atiku Abubakar because they have seen what the present government did. Look at the number of people here. They know that he is capable and has all the expertise to rule Nigeria beyond what these people are doing now.”

He said if they come in power they will open the border to boost export and import of goods in and outside the country.

He begged people in Kano and the north to ensure that they did not waste their votes and ensure they vote for the right person, saying that anybody that gives them weapons or drugs should be rejected by the masses.

“Atiku has shown that he will empower people. Right now over 300 thousand people are working under him. So if elected he will not only employ others, but he will make others become employees.”