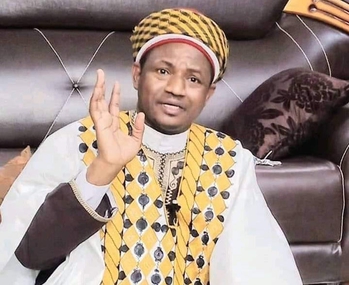 A group under the auspices Alhaqqu Human Rights and Social Justice Organization has revealed plans to appealed the judgment of a Sharia Court that sentenced Islamic cleric Abduljabbar Kabara to death by hanging over blasphemy.

Addressing journalists in Kano, on Friday,  Chairman of the group Sa’id Bn Usman stated that the group has held several meetings with the cleric’s families and his close associates on the matter adding that based on the outcome of the meeting, the group has resolved to appeal the judgement to ensure justice is served.

He explained that the group is not satisfied with the judgment as the cleric was deprived of his human rights as a citizen.

According to him all arrangements have been concluded on the move to appeal the judgment and the public will be notified soon.

Recalls that a Sharia Court in Kano had on Thursday sentenced the Islamic Cleric to death for his blasphemous statements against Holy Prophet Muhammad (PBUH), an act, which is believed to be capable of inciting public peace.

His conviction and sentencing ended his 16-month-long trial before the court after he was charged and arraigned by the Kano State government with blasphemy, incitement, and sundry offences on July 16, 2021, which were said to be in contravention of Sections 382, 375 of Kano Sharia Penal Code Law.

According to the constitution, the convict is, by law, allowed a right to appeal up to the Supreme Court, but the right must be exercised within 30 days of the judgment at the state High Court.

Abduljabbar is a 52-year-old Islamic cleric and prominent scholar of the Qadiriyya Islamic sect in Kano. He is one of the sons of the Late Sheikh Nasiru Kabara, a former leader of the Qadiriyya sect of West Africa.