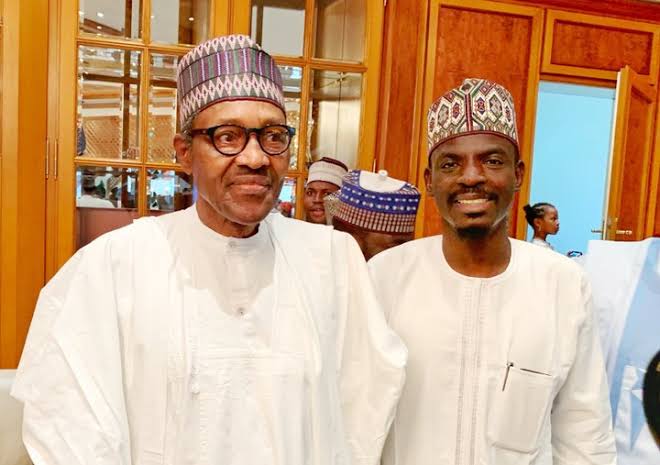 Special assistant to president Muhammad Buhari on Digital Communication, Mallam Bashir Ahmad has challenged the outcome of All Progressives Congress (APC) primary that declared a member, representing Gaya/Ajingi/Albasu federal constituency of Kano state, Abdullahi Mahmud Gaya as winner and candidate of the party.

Mahmud Gaya, a serving member of the house of representatives was declared winner of the July 27th, 2022 APC primary and returned as rightful candidate for next year’s election after a landmark defeat of his opponent.

According to a result declared by returning officer, Hon. Faizu Alfindiki, Abdullahi polled 109 votes to defeat his rival, Ahmad who scored 16 votes.

However, Ahmad who was presently reappointed by president Buhari, rejected the result and dragged his opponent and APC before Justice Abdullahi Liman of the Federal high court sitting in Kano.

He claimed that the primary was characterized by irregularities and asked the court to invalidate the outcome of the primary and direct the party to conduct fresh primary for the federal constituency.

During cross examination sitting at the court, Bashir told the court that about 80 delegates loyal to him were removed from the list. He said the act which apparently denied him the opportunity to secure significant votes.

The first defendant Abdullahi Gaya however refuted claimed that he connived with APC to withdraw names of delegates loyal to Bashir, a deliberate attempt to disenfranchise his (Bashir) loyalists.

Although, Gaya claimed the congress was peaceful devoid of violence, he told the court that the presidential aide came into the venue of the primary with heavy security men and thugs with the intention to disrupt the process.

Speaking with journalists thereafter, one of the counsel to Gaya, Barr. Abubakar Nuhu Ahmed, said the first defendant was able to display evidence before the court to clarify the descripances embedded in the case of the plaintiff.

“The plaintiff denied attended he attended Bayero university and that he never resign his appointment with the president before contesting the primary”.

In his counter reaction, the plaintiff Bashir insisted he denied to reply to question on Bayero university because it was not part of the primary content that brought him to court. Bashir equally denied claims that he failed to resign before contested the house of representatives seat.

“There is no controversy about my resignation because the issue came up several times and I have taken time to explain that I resigned. I did not made the resignation letter public because it is personal document. But upon request, I have made it available to the court including the letter of acceptance from the presidency and that was the more reason I was reappointed”, Bashir explained.