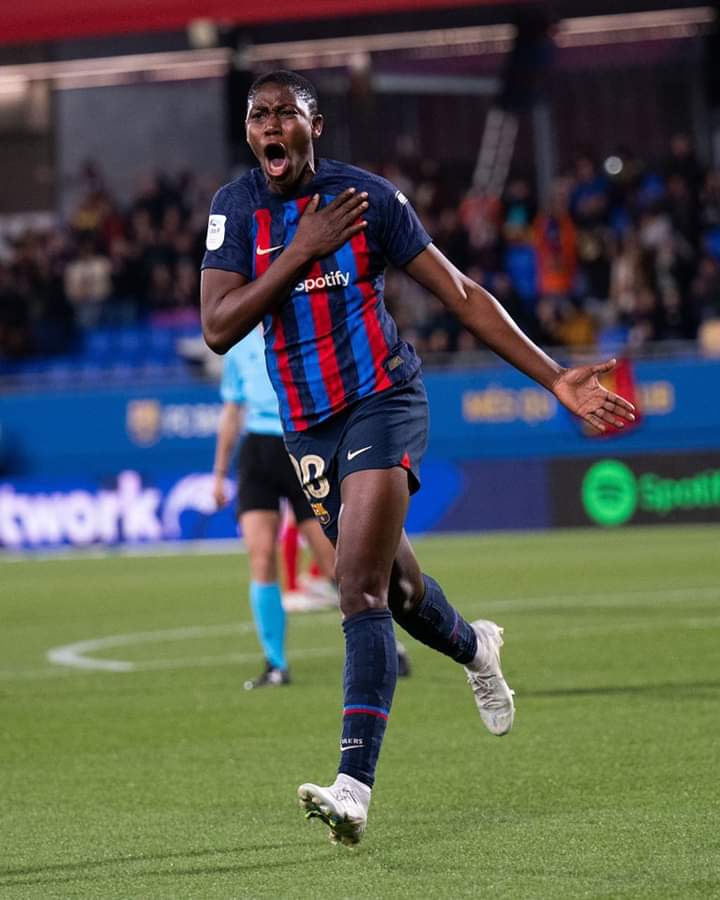 Nigeria Super Falcons and FC Barcelona Femini sensational goal poacher Asisat Oshoala joins the banter thrown at under performing English Premier League side, Chelsea’s supporters saying they do not deserve to be happy.

Following Chelsea’s 2-1 loss to Fulham at the Craven Cottage, Asisat said in a tweet ”Normally Chelsea Fans no deserve happiness and they know it. No peace for the wicked”.

Although some say the African Player of the Year 2014, 2016, 2017 and 2019 isn’t supposed to drop such a tweet to condemn another club. This group feels she crossed the line and went beyond the mild friendly banter towards other clubs expected of celebrity players.

Normally Chelsea fans no deserve happiness and they know it , no peace for the wicked 🙄🙄⚔️⚔️

To many its a tweet that mainly Nigerians can relate to as she used pigeon English so it is clear she is referring to Chelsea supporters in Nigeria who are arguably the most notorious at throwing banters at other struggling clubs.

Just like Malam Sani Tureka lives who lives at Sai quarters, Hotoro in Kano state Nigeria. This 39 year old Chelsea fan became famous for coining the phrase “Kopi Haram” which in hausa language means “trophies are forbidden” to refer to Arsenal during the 9 year trophy drought experienced by the club. ‘Banter Savagery’ indeed !

All-in-one Assisat might just be getting her own pound of flesh from some Bluesfans who might have hit her own club too in the past.