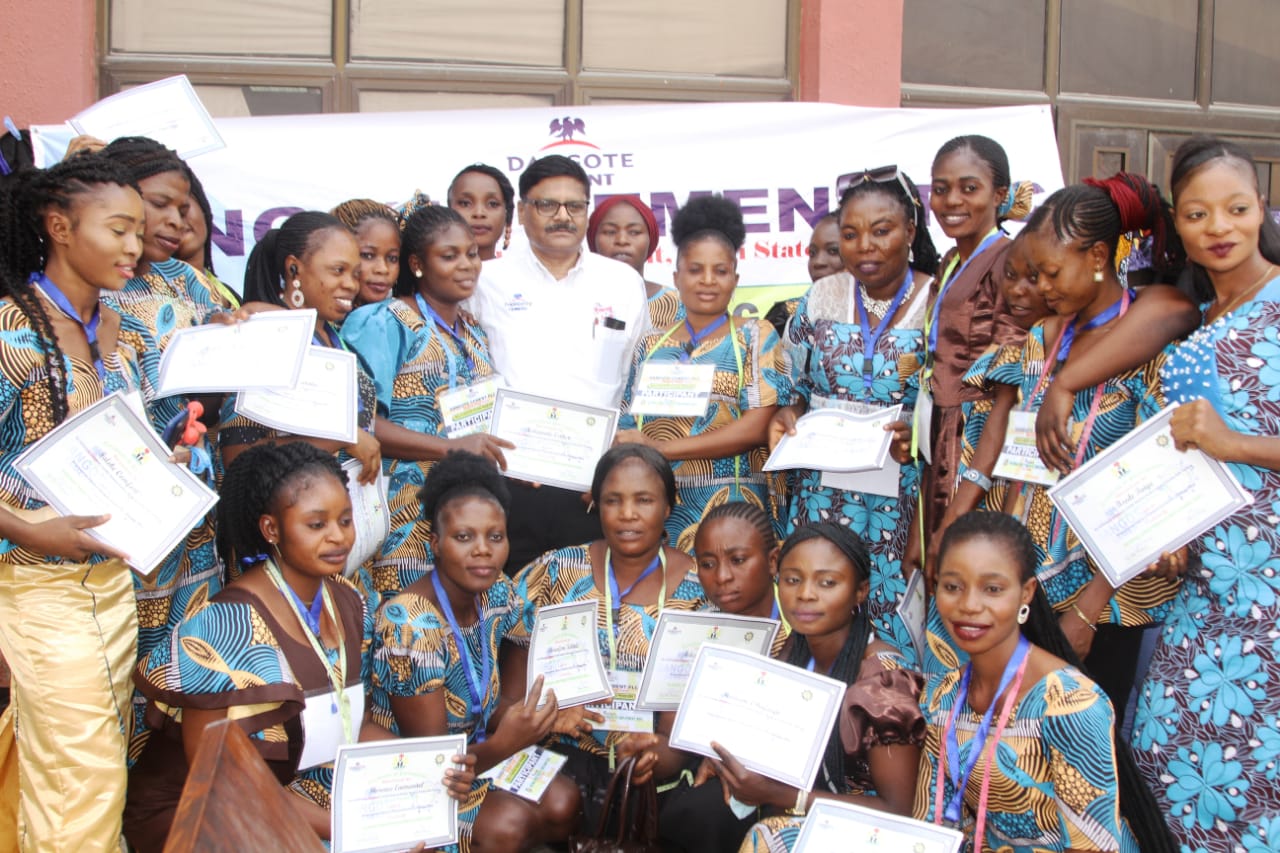 The Dangote Cement Plc has graduated no fewer than 40 women in fashion design in Kogi State as part of its Corporate Social Responsibility and supporting women to be independent in the society.

Mr. Gungune said even though the job creation scheme aptly fits into the company’s vision and mission, it cannot do it alone, nor can it employ everyone, adding that the skill acquisition program is another way of creating employment for the people of Kogi State.

The Plant Director said the beneficiaries should count themselves lucky to have been selected and trained in the program, even as he urged them to ensure that the skills and the equipment provided by the company are put into proper use.

Speaking, the Head of Social Performance Dangote Cement Plc, Mr. Wakeel Olayiwola, said the empowerment is one in the series of several other interventions among host communities being executed by Dangote Cement Plc across Africa.

Mr. Olayiwola expressed optimism that the graduates will create a chain of other graduates under them through apprenticeship, therefore bolstering the job status of communities around Kogi State.

General Manager, of Special Duties, Mr. Ademola Adeyemi said 10 women were selected each from Oyo, Iwaa, Apata, and Obajana, which makeup both the plant and the mining communities.

Mr. Adeyemi said the skill program was in partnership with the National Directorate for Employment(NDE).

On his part, NDE’s Kogi state Coordinator, Mr. Abubakar Zakari, said the participants received intensive training for three months, just as he congratulated the company for sponsoring what he referred to as a laudable program for women.

The traditional rulers of the various communities commended the company for what they described as a huge intervention.

The Bajana of Obajana Idowu Isenibi said the “joy of the community knows no bound while urging beneficiaries to make judicious use of the skill acquired from the program.

Speaking on behalf of the beneficiaries, Mrs. Titilayo Onimola, 33, commended the President of the Dangote Group, Aliko Dangote, while praying for God to continue to support him and make his businesses flourish.