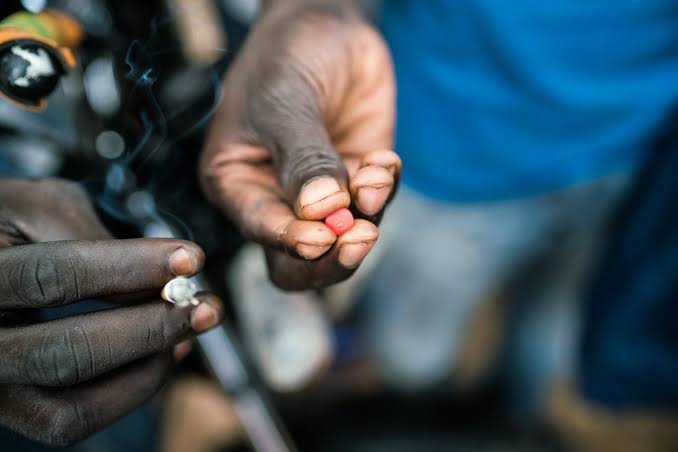 A community self-help group for youth development (GAYAMFO), in Gandun Albasa area of Kano metropolis has called on the federal and state governments to declare a state of emergency on drug abuse as it is becoming an issue that needs collective effort to prevent.

The group, in collaboration with a committee of elders working for the betterment of orphans in the community, made the call during a one day sensitization lecture for youths on the dangers of drug abuse and how it can be cured and prevented.

Delivering his lecture on Dangers of Drug Abuse on Human Health, Pharm. Rabi’u Muhammad Fagge said the menace is alarming considering a statistics given in 2018, which shows 14.3 million out of 275 million global drug addicts are from Nigeria and it is increasing day by day.

According to him, if the government is serious about ending the dangerous act, “It should declare a state of emergency on drug abuse so that it can focus attention towards rescuing the future of the country otherwise there is a serious problem.”

He said part of the factors that contribute to drug abuse in Nigeria is how the illicit drugs become easier to access, adding that it has led to many people becoming mad, contracting cancer and even loss of life.

Earlier in his presentation on Drug Abuse as Long Standing Illness in human beings, Malam Taufiq Aminu Yahaya said although the menace has been in existence for long, it escalates more in recent days and it affects the youth who are the prospective leaders of the society in future.

He said if the society, government and parents will not unite against the problem it will affect the entire country, and that politicians should be cautious against issuing drugs to the youth for their political wills.

“Parents have a great role to play here, especially mothers. Also the government and community leaders like this one, so all stakeholders should come together to see the end of this problem. Almost all the problems we are facing now are as a result of drug abuse; unemployment, illiteracy, thuggery, and so on,” he said.

On their separate remarks, chairmen of the two associations Lawal Dogo Muhammad and Comrade Idris Tijjani Dayyabu, said they organized the event to call the attention of the youths against drug abuse considering the fact that the election is past approaching so that they can avoid being use by bad politicians.