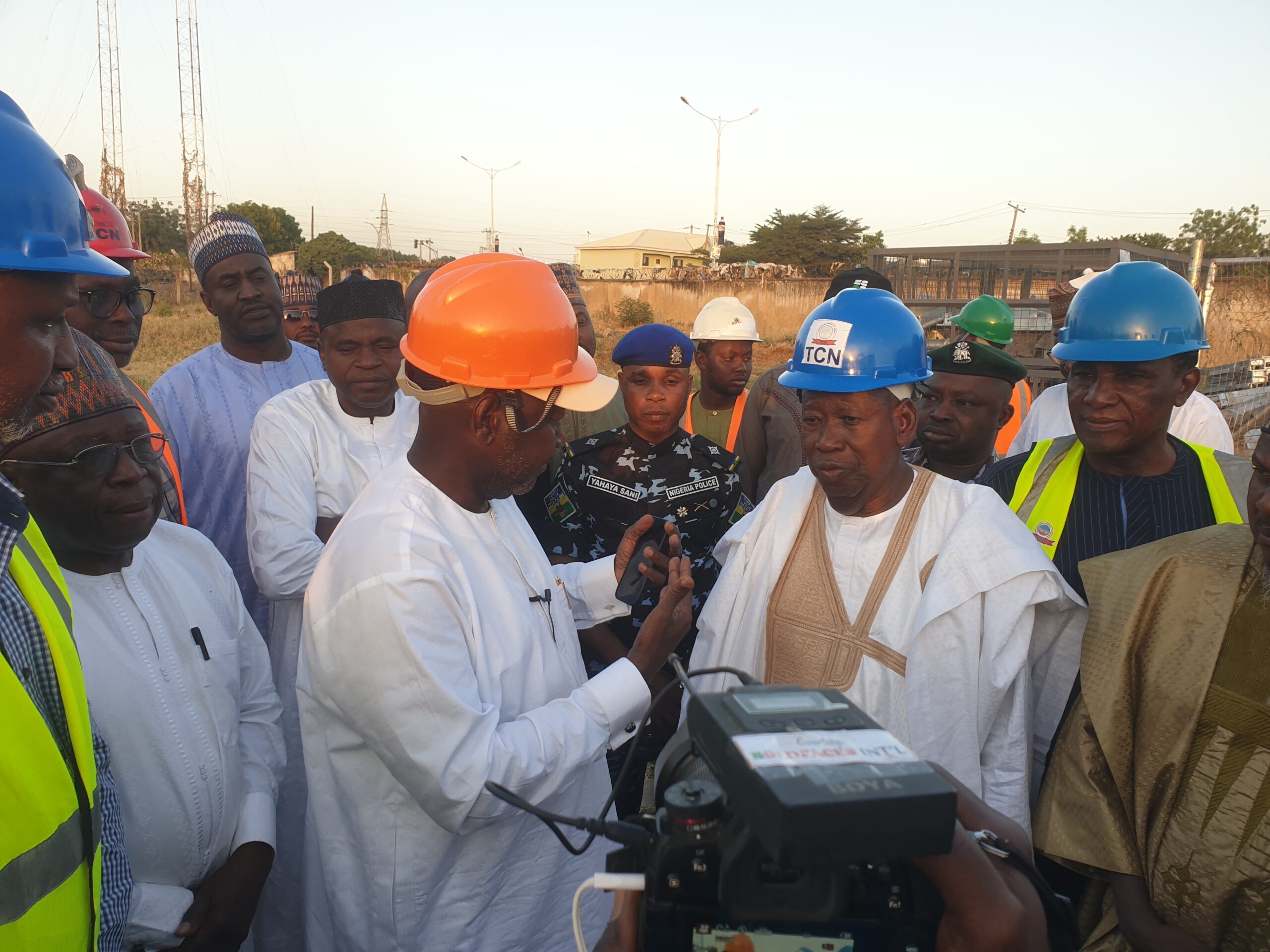 The Minister of Power, Engr. Abubakar D. Aliyu has said that the encroachment of lands by people in various communities across power lines is delaying the optimal transmission of electricity across the country.

The Minister, who stated this in Kano when he paid a 2-day working visit to the nine power stations in the state, said the National Grid has improved significantly but the right of way issue has been an obstacle for successful transmission of the electricity.

He said the current Sub-Station in Kano is receiving 330 single line from Kaduna which is not enough for Kano, adding that another project has been awarded which will improve the capacity from 600 megawatts to over 2000 megawatts and will cater for Kano and Katsina states.

“One of our biggest challenges is how people are living on the ways we will pass our cables that will generate power to the various destinations. The national grid has witnessed the most rapid improvement ever. As it is now, the capacity can take up to 7800 megawatt or more but it may not be useful if it is not uptake as the distribution capacity is not up to that.

“So part of the challenge is the right of way which is the challenge we are facing. We need people to vacate the ways through which the wires can pass. Some people were paid before, but still they didn’t vacate the places. And our agreement with the German company will raise the National Grid to 25,000 by 2025,” he said.

However, the minister assured that all ongoing projects will be completed by Buhari’s administration to ensure stable electricity supply across Nigeria, through continuous enhancement of the wheeling capacity of the Transmission Company of Nigeria (TCN) and more investment in renewable energy through Rural Electrification Agency (REA)

Inspecting one of the projects along with the state governor Dr Abdullahi Umar Ganduje at DanAgundi power substation, the Minister urged him to provide way for the TCN to pass its cables for improving of the power system in the state.

“Like here, we need 10 km of space to execute this project. But, we can not move in with our equipment and reconduct, because we are having problems of ‘Right of Way’ which is occupied by houses, stores and companies of the people,” he said.

Responding, Kano state governor assured that the right of way will be provided for the successful completion of the projects, adding that a committee has been constituted and will commence action towards providing ways for the cables to pass in the state.

“It is worth noting that we have compensated all of them to evacuate the path. Yet, they refuse dto move. Nevertheless, we shall deliberate with them once more and if they refuse to move after another notice, we will embark on a demolition exercise” Ganduje warned.