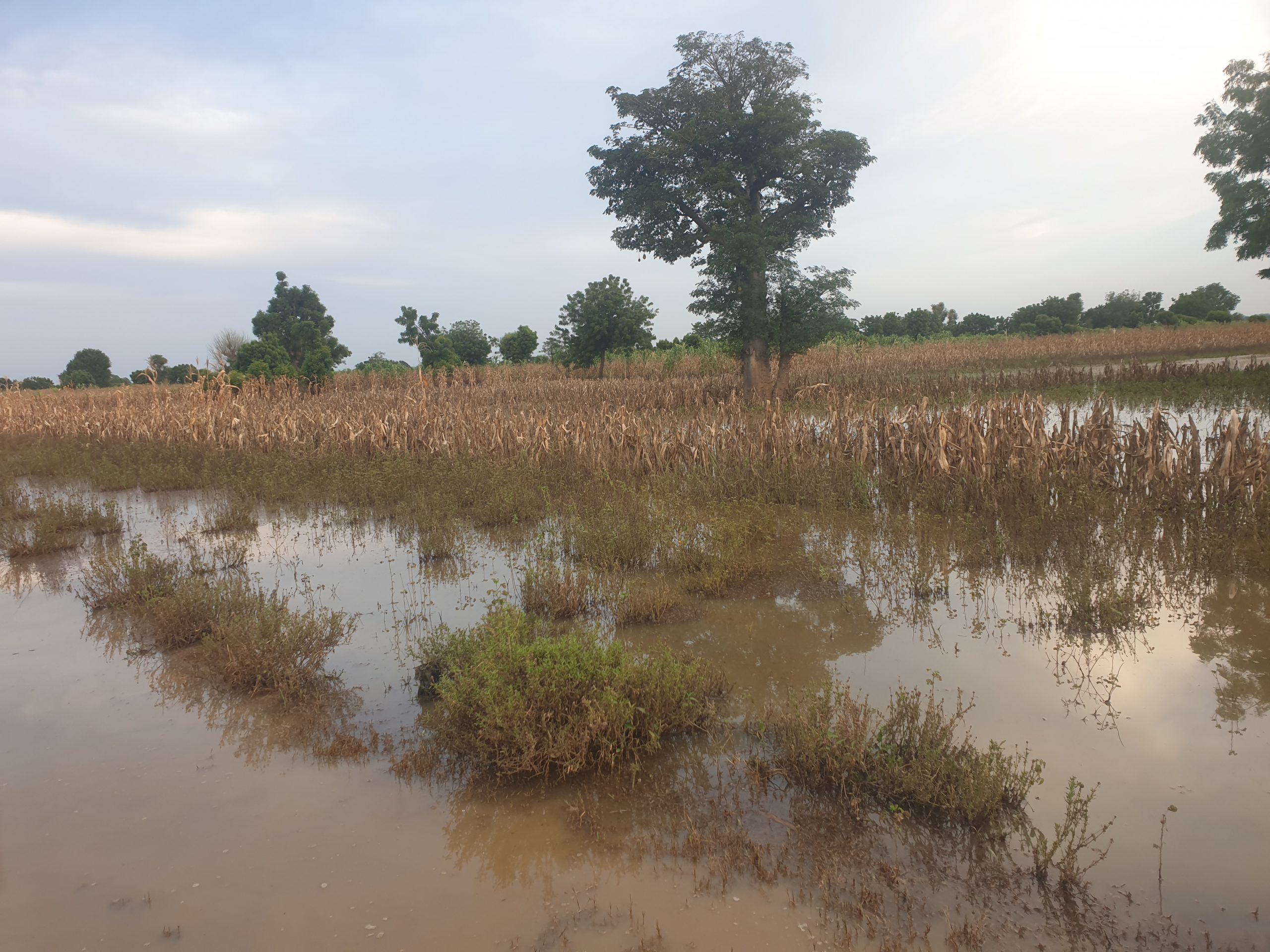 The National Emergency Management Agency (NEMA) has said that no fewer than 14,496 farms has been destroyed by flood in five Local Government Areas of Kano State.

Director General NEMA, Mustapha Ahmed-Habib, disclosed this to newsmen, Tuesday evening, during an ‘on the spot’ assessment tour of some of the communities affected by the flood in Warawa and Wudil Local Government Areas of the state.

The DG said President Muhammadu Buhari directed the agency to conduct assessment of damages caused by flood and promised to support the victims with relief materials.

“That is why we come here with the entire team for assessment. But unfortunately due to the nature of the road in some of the affected communities in Warawa LGA, we couldn’t access the farms, as some of our vehicles got stuck. We had to return for other places in Wudil LGA,” he said.

He added that the assessment report would be compiled and submitted to the Ministry of Humanitarian Affairs, Disaster Management and Social Development for onward submission to President Buhari.

He said while the agency will provide relief material to the victims, the Federal Government will intervene into the matter as soon as possible and support the farmers in a way they can recover the losses.

“The flood victims will be provided with food and non food items as relief materials from NEMA. But the FG will surely support them to recover the losses after our assessment. So, we will go round the country for ‘on the spot’ assessment tour into every affected communities,” Habib said

Earlier, the Executive Secretary Kano State Emergency Management Agency (SEMA), Dr Saleh Jili, said that the increase of farm flood was as a result of the spillway of Tiga Dam, which led to loss of lives and millions of farm produce.

However, some of the farmers in the affected communities demanded an end to the incessant flood that threaten their life and properties every year.

Alhaji Abdulmumin Adamu Wudil said the closure of the Tiga Dam last year which undergo repairs has contributed to the flood which he said they had never witnessed.

“The government should consider releasing the water in every season otherwise the flood will never stop. Over 6,000 farms are washed away by the flood in two communities only. How can we get back what we lost,” he inquired.

For Musa Sa’idu, his call is for the government to support them as the flood has ravaged their communities, not only farms. He urged that the government should provide food items and other means that will help them recover the losses as promised by the DG.