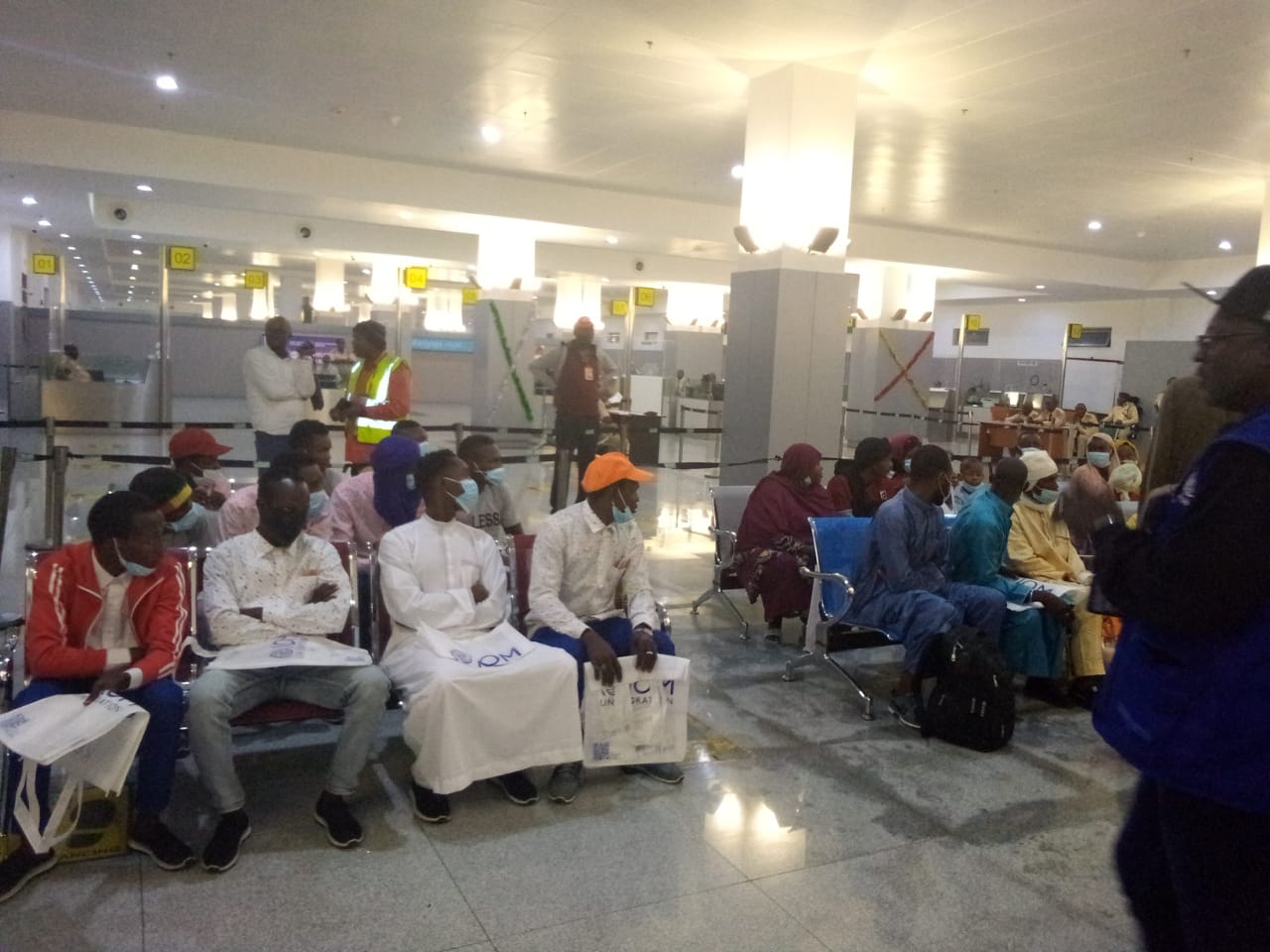 The federal government through the National Emergency Management Agency (NEMA) has said that it received 105 stranded Nigerians from Chad (N’djamena) at the Malam Aminu Kano International Airport in Kano on Monday.

Kano state territorial coordinator of the agency, Dr Nuradeen Abdullahi, made the disclosure while receiving the returnees in Kano.

He said the returnees arrived at the International Wing of the Malam Aminu Kano International Airport at about 10:00 p.m with Boeing 737-7k9 ASKY Airlines operated by Ethiopian airlines KP9401 with registration number ET-ANH.

According to him, the returnees were brought back to Kano under the care of the International Organization for Migration (IOM) from Chad (N’djamena) through a voluntary repatriation program.

“The program was meant for the distressed Nigerians who had left the country to seek greener pastures in various European countries and could not afford to return when their journey became frustrated.

“Those received include 24 male adult, 23 female adult and 58 children (33 female and 25 male). They are from Katsina, Kano, Adamawa, Maiduguri,Yobe and Taraba State among other others”

He further explained that the returnees would be trained to four days vocational skills and would be given a grant capital to become self-reliant urging them to be them ambassadors towards advocacy and sensitization against irregular migration.

Dr Abdullahi added that the agency between May and Oct.2022, received 560 Nigerians stranded from Agadas Niger Republic, Khartoum Sudan and were trained on various skills acquisition.

One of the returnees, Aminu Musa, from Kano State, said he travelled to Libya to seek for greener pastures because he was an orphan and his sick mother could not cater for the family.

“My father died three years ago and things have not been easy for the family, so I decided to seek greener pasture. During my stay in Libiya for two years my friend that we travelled together was kidnapped.

“We suffered a lot and I decided to go back to Chad because I was scared not to be kidnapped too, it was only the grace of God that brought me back”