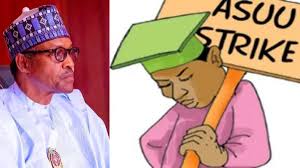 The Minister of Labor and Employment, Chris Ngige, has said that the government would order vice-chancellors to re-open universities.

Ngige, stated this when he received members of the Nigerian Association of Medical and Dental Academics (NAMDA) in his office, on Wednesday.

“The court ruling does not preclude us from going on with further negotiation and consultations. The pro-chancellors met Mr President and made some demands, such as topping up government offers and seeing whether there could be some bailout.

Ngige also noted that he welcomed the intervention of the House of Representatives in the ASUU imbroglio, saying he was happy that the Speaker, Femi Gbajabiamila said they were going to meet the President.

He said the intervention was timely considering that the President must have also consulted some stakeholders, adding that whatever money to be put in would go into the 2023 appropriation where the National Assembly comes in.

“If they have shown interest now, it is good and wonderful. When they bring that proposal, the Executive will not have any problem. ASUU should also know that this is a step in the right direction. And all these things have been promised to them by the Minister of Education at their last meeting with him. For me, they should do the needful and get back to the classroom.”

“The government would order the vice-chancellors to reopen the universities in compliance with the order of the court.”