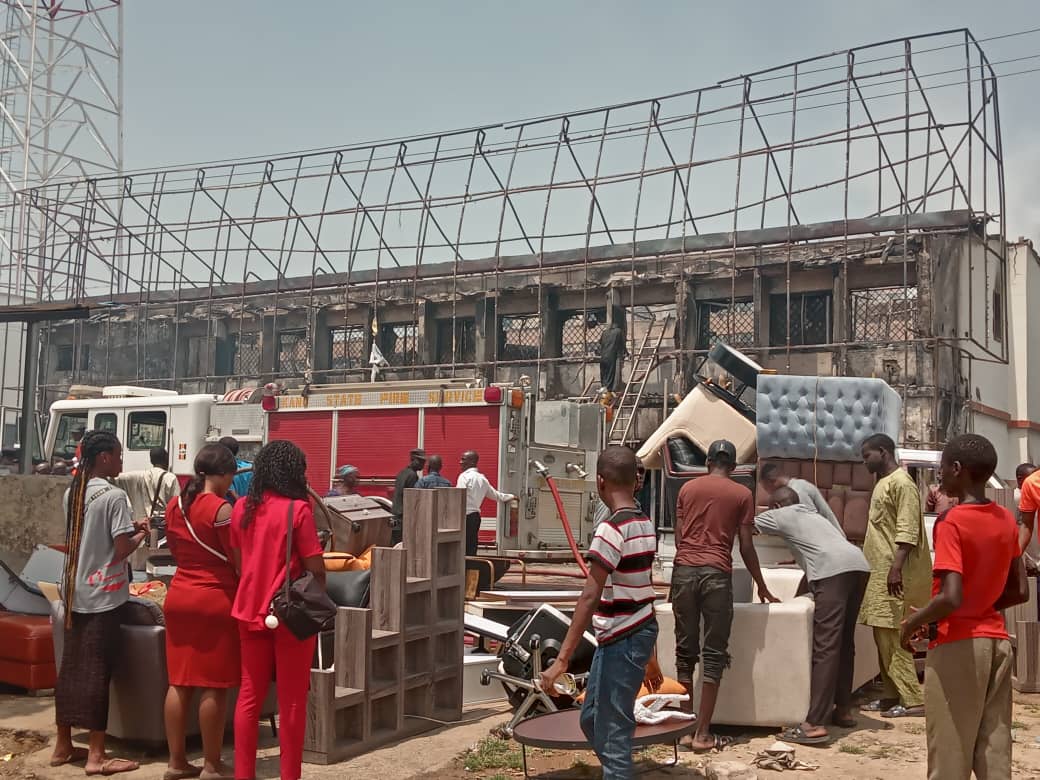 A furniture company, Vava Furniture, situated on Murtala Mohammed way in Kano metropolis, was razed by fire on Wednesday morning.

According to an eyewitness, Udo Jonah, the fire, which started in the early hours of Wednesday, destroyed virtually everything in the company.

“It started after 10:00am, on coming out here I saw people shouting fire fire. In less than an hour the fire has razed the building. The fire extinguisher wasn’t working I was told and fire Service didn’t turn up on time. We helped them to save some of their goods there.

“It’s not really a good day today because this is my business area where I work. They’re my neighbours.”

On his part, the Public Relations Officer, Fire Service, Saminu Abdullahi Yusuf said, “we received a fire call around 10:58am that there was fire incident at Vava furniture along Murtala Mohammed Way.

“Our men arrived immediately and found the primess on fire. We’ve tried to quench the fire and some things were saved.

“We are suspecting that the fire emanated from electric appliances although Investigation is still ongoing to ascertain the real cause.

“We can’t ascertain the actual loss. It’s the owners after everything they can say that when they compare things that had been saved.”

While the cause of the incident is yet to be ascertained, it is believed to be a case of electrical fault and for the simple reason of the nature of most items in the company, the fire was hard to get under control.

Reports gathered that there was no live lost or injured person recorded so far and some of the furniture at display were evacuated with the help of volunteer individuals.

At the time of filing this report fire-fighters including volunteers and operatives of the state fire service had put the situation under control.