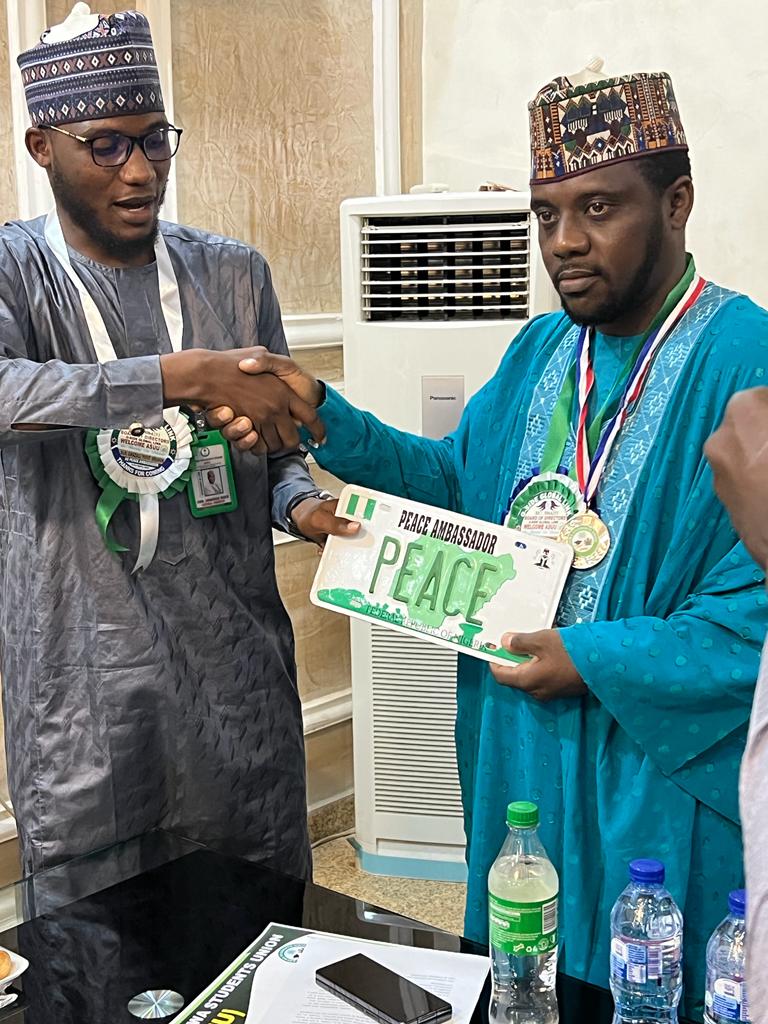 One of the Bureau De Change Operators who were detained for more than a year under custody for alleged terrorism financing, Ghazali Yusuf Ibrahim, has been conferred with Peace Ambassador Award by the Arewa Students’ Union.

Ghazali was among those discharged and acquitted following series scrutiny and investigations by security agencies who found no case against them after over a year in custody.

Farmers cry for help as flood destroyed 14,496 farms in 5 LGs in Kano

Speaking on why the benefactor was chosen, the National President, Arewa Students’ Union (ASU), Zahraddeen Yahaya said that the awardee was selected on the basis of discreet search to identify persons of outstanding leadership qualities whom have distinguished themselves in service for the growth and development of humanity.

“It is highly gratifying to be associated in the midst with a peace setter, achievers per excellence, a goal getter, a free hearted mind, an accommodative personality and a shoulder to lean on to all people around. He is honest, trustworthy, accountable, transparent, committed and devoted to his work for the realisation of the stipulated goals and objectives.

“This auspicious PLATE NUMBER is no doubt the product of your tireless and sheer sacrifice in rendering quality services to humanity and track record of concentration to duty. It is a mark of your strong will in ensuring stability and reliability.”

On his part, the awardee, Ghazali Yusuf Ibrahim thanked Almighty for according him the opportunity to be chosen for the award as public exoneration after wrongful accusation.

“What happened has happened and the truth has prevailed. We have now moved on and testimony of the good things we have been doing has started springing up.

“This award will not come at a better time than this for I see it as a way of being publicly exonerated from all the trying times we passed through.”

Recall that Bureau De Change operators in Kano have recently demanded a public exoneration and compensation from the federal government over the arrest and detention of their members for over one year on allegations of terrorism financing.

Last year, scores of the BDC operators were arrested last year and kept in detention but following Investigation abd an outcry by their families, some of them were recently released while others are still detained.

The Attorney General of the Federation and Minister of Justice, Abubakar Malami (SAN) had, in an interaction with BBC Hausa, said some of the detained BDC operators were released because it was discovered that they had no hand in the alleged terrorism financing.