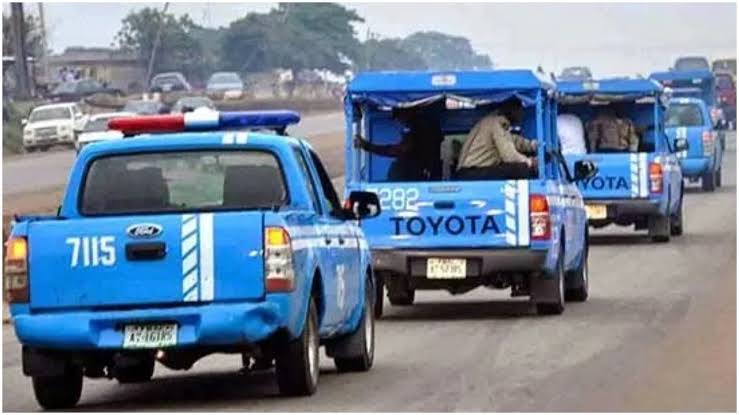 The Federal Road Safety Corps (FRSC) said, it has deployed 1,283 regular and special marshals across Kano State and has concluded all necessary arrangements and embarked on aggressive special patrol operations towards ensuring crash-free and smooth traffic flow during the yuletide period and beyond.

A statement issued by the state Sector Commander, Mr Zubairu Mato, in Kano on Tuesday said that the Corps had also deployed 21 patrol vehicles, five ambulances and one heavy duty truck for special operations from Dec. 15 to Jan. 15.

The Sector Commandant, said, personnel have been deployed along the major routes that links Kano to other neighbouring States, with much emphasis on Kano – Wudil- Dutse corridor, Kano- Zaria corridor, Kano- Bichi -Katsina corridor, Kano – Tudun wada- Jos corridor, Kano – Gwarzo – Dayi corridor and Kano – Daura road in order to checkmate the excesses of Motorists and other road users to ensure that no life is lost due to Road traffic crash (RTC) within the period and beyond.

He added that a standby RTC rescue teams have been deployed for emergency services, the heavy duty Tow truck for prompt removal of obstructions along the highways, organizes mobile courts sittings at critical locations along the routes to arraign erring traffic violators for speedy dispensation of justice, as well the Road side Clinic located at Chiromawa will handle Road Traffic Crashed victims for prompt attention along Kano – Zaria Road 24hrs.

“The patrol teams were directed to watch out for critical traffic offence violators and sanction them accordingly. For avoidance of doubt anyone found committing traffic infractions would be sanctioned in accordance with provisions of the law which includes Over loading violation,
Over speeding violation/Failure to install Speed limiting devices on commercial vehicles, Driving with expired or worn-out tyres, Use of phone while driving, Route violation,
Driver’s license violation, Under age driving, Driving under the influence of alcohol/drugs.”

The Sector Commander FRSC Kano State Sector Command CC Zubairu Mato advised all Motorists and other road users in the State to obey traffic rules and regulations as well as urged them to drive with care.

He also called on the general public to report Road traffic Crashes and road obstructions to the nearest FRSC formation within the State.

“As this year’s Yuletide coincides with Political campaign activities, the Command calls on those involved in political campaign rallies to always drive carefully. The campaign rally organizers should always talk to their members involved in the motorcades to be Road safety conscious, as only the living and healthy ones will celebrates the election victories.

“Finally, the FRSC Kano state wishes the entire Christian faithfuls in Kano State a happy Christmas and prosperous new Years Celebrations. Commander Mato also prayed may Allah (swt) help the Command achieve the zero-death target within the yuletide and beyond.”