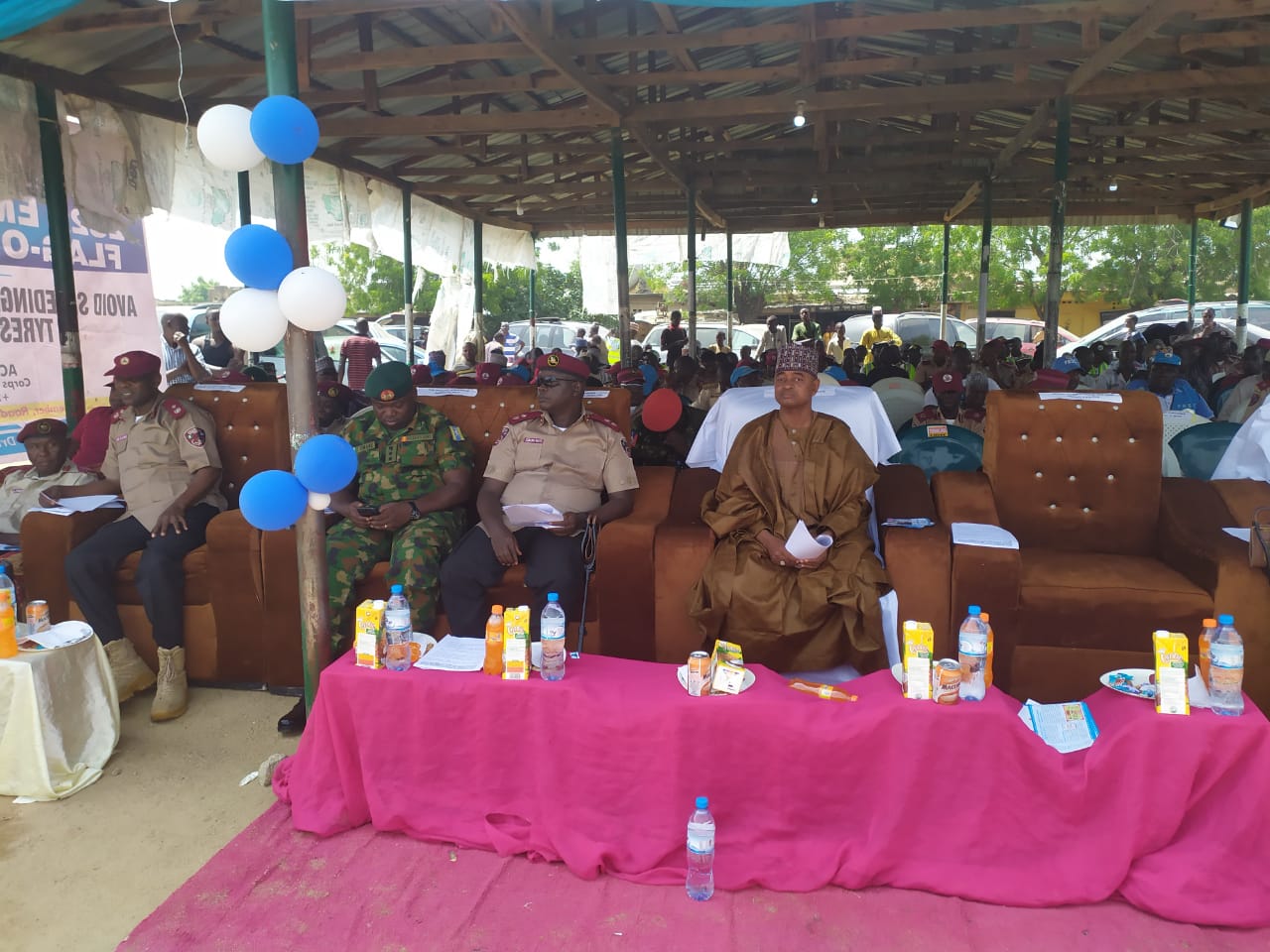 The Federal Road Safety Corps Kano Sector Command on Wednesday, flagged off its campaign against over speeding and sensitize road users on safety measures and traffic related incidents during the ember months.

The Zonal Commanding Officer RS1 Kaduna, ACM Godwin Omiko, made the disclosure while flagging off the 2022 ember months campaign at Yankaba Motor Park in Kano.

The campaign with the theme:“Avoid Speeding, Overloading and Unsafe Tyres to Arrive Alive.”

According to him, the essence of the campaign was to curb the trend of road traffic crashes by adhering to road traffic regulations.

“Road safety is everybody’s business, we all have roles to play and to propagate this year’s campaign.

“2022 ember month poses greater concern bearing in mind that it coincides with the commencement of the electioneering campaigns.

He further explained that ember months period have continue to be a source of worry and concern to the Corps due to high vehicular movement and traffic surge as people commute from one state to the other for one activity or the other.

“It is worrisome to note that despite these efforts, the Zone has continued to record quite a number of Road Traffic Crash (RTCs) and widely attributed to human errors and flagrant disregard to traffic rules and regulations.

He said that FRSC will collaborate with various stakeholders within their operational areas and engage the public through purposeful and impactful public education programmes on local and national media on behavioral risk factors, as well as grass root town hall meetings at local levels.

Omiko called on Political Parties to respect and obey the rules of the road, avoid reckless driving, adding that the road is our shared heritage.

On his part, the Governor of Kano, Dr. Abdullahi Ganduje, noted that transportation has become an essential part of our social and economic lives, hence called for serious discussion on the improvement of that sector.

Ganduje represented by Commissioner of Housing and Transport, Alhaji Saleh Kausani,expressed great concern over the loss of human lives, properties and injuries sustained by many road users due to road traffic crashes, particularly along major roads across the State.

“In view of the growing population and traffic congestion in the ancient city of Kano, the State Government is investing tremendously in Road Transportation system.

“We have also develope a new road transport policy to regulate and better the operations of public, private transportation system and cater for transportation needs of over 15 million residents in the State”Ganduje said.