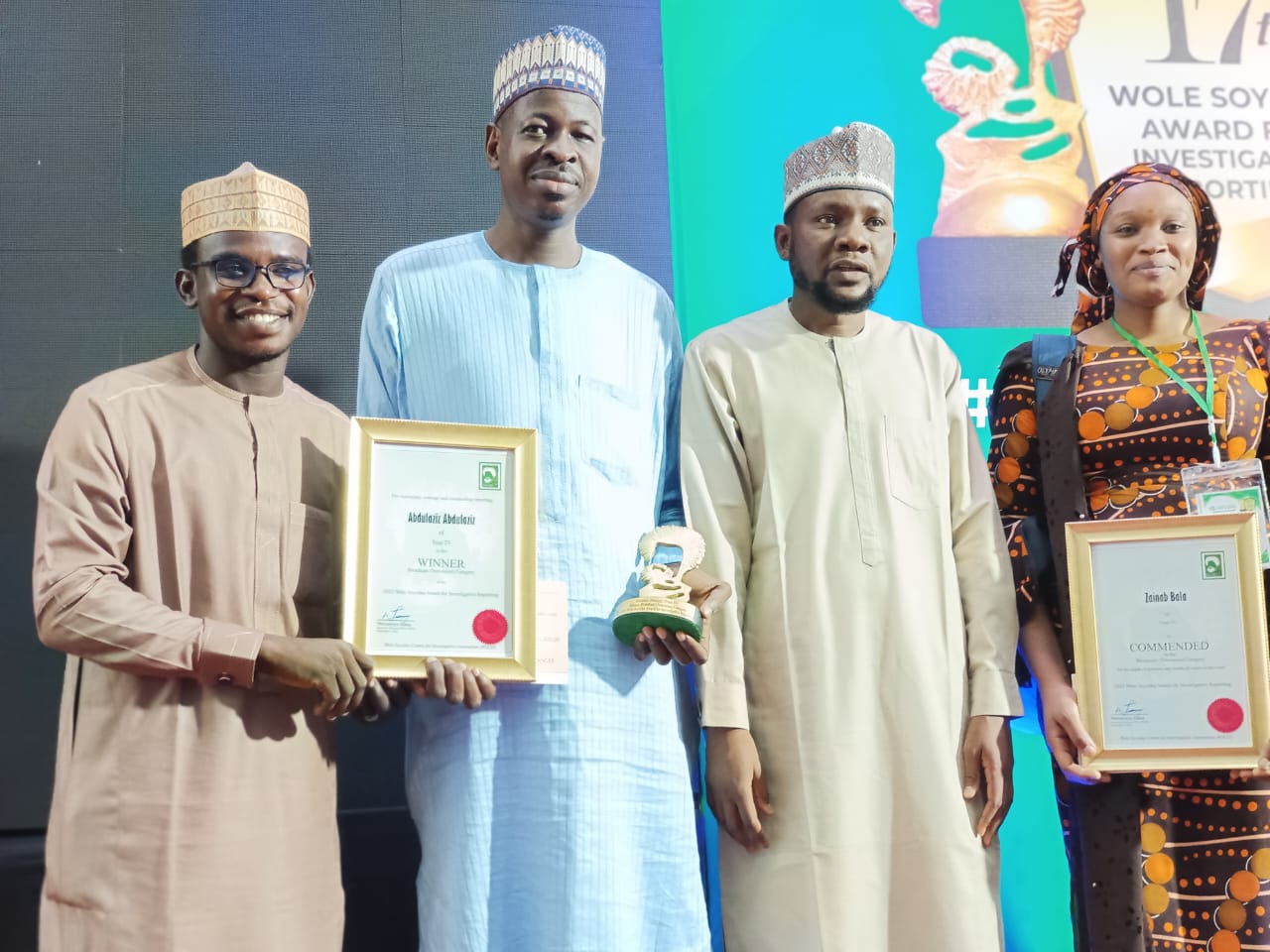 Governor Abdullahi Umar Ganduje of Kano state, has congratulated the Deputy General Editor with Daily Trust, Abdul’Aziz Abdul’Aziz, an indigene of Kano state, for winning the TV Category of the 17th Wole Soyinka Award for Investigative Journalism, after an intensive process of adjudication.

The governor’s message was contained in a statement issued by Muhammad Garba, commissioner for information and internal affairs, at the weekend.

“I congratulate you on this feat. I am particularly excited about the work you do in the media, and we are hopeful that this award will encourage you to do more,” it added.

He said with his documentary, titled: “Nigeria’s Banditry: The Inside Story,” Abdul’Aziz proved his mettle as an investigative reporter who can risk his life to tell the story right.

Ganduje described Abdul’Aziz as a brilliant journalist with an amazing repository of knowledge, and commended him for winning the prestigious award and making Kano proud.

The governor pointed out that the society can not be free and fair without journalists who investigate wrongdoings, bring information to citizens, hold leaders accountable and speak to power.

The statement further indicated that the award was a recognition that a free press was essential for peace and development.

Daily Trust reports that Zainab Bala, also of the Trust TV, was commended on the TV category of the award.