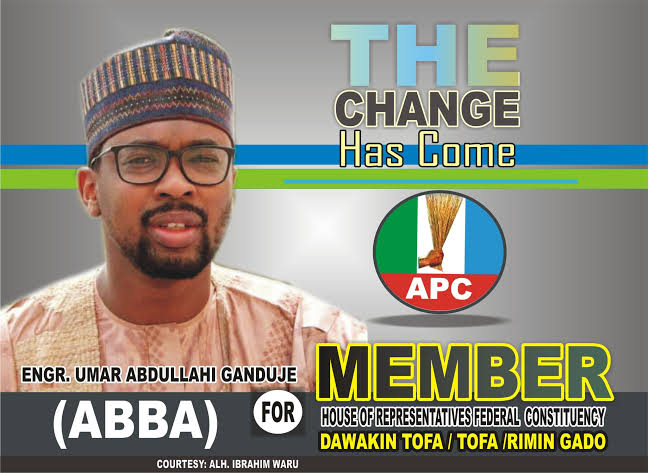 The All Progressives Congress (APC) candidate for the Dawakin Tofa, Rimingado and Tofa Federal Constituency in the House of Representatives, Abba Umar Ganduje has revealed his plans to host the Super Eagles legends in Kano to kick start campaign for the party’s presidential flag bearer, Sen. Bola Ahmed Tinubu.

The legends will play the role of asking fans across the country to vote for Sen.Bola Ahmed Tinubu and his running mate Kashim Shettima.

This was disclosed by the Director of the Tinubu/Shettima campaign support group, Baffa Babba Dan’Agundi.

Dan’Agundi explained that the legends will be in Kano on the 10th of December 2022.

Additionally, “President Muhammadu Buhari will be the special guest on the occasion” He said.

The Director hinted that preparations are in top gear with the local organizing committee in Kano with the blessings of Governor Abdullahi Umar Ganduje.

It could be observed that the details of the campaign preparations will be unbundled in the first week of December.