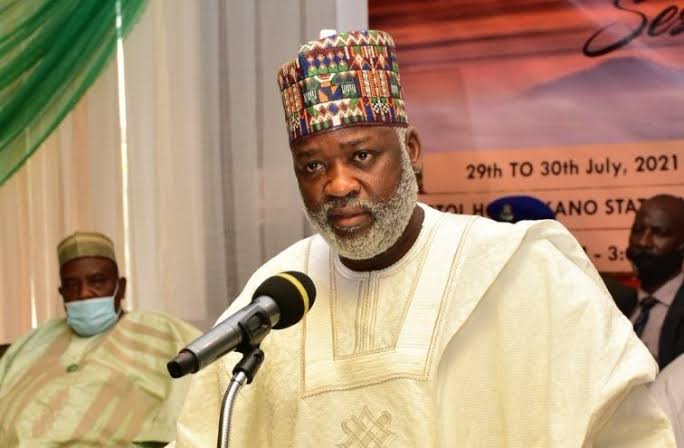 Our correspondent reports that the gubernatorial candidate commended Dan Agundi for his organization, steadfastness and support he has been rendering to the groups and the party at large.

Gawuna boasted that he believes Kano will be delivered even under the support groups alone holding to the mass registration records from which in turn are expected to cast their votes for APC come the Presidential and gubernatorial elections.

He reiterated that when Dan Agundi, his Excellency Governor Ganduje and the party’s gubernatorial flag bearer announced that he would organize a 1 million APC march in Kano, they were skeptical.

“The same Dan Agundi promised the Governor and the Party that he will organize more when Tinubu comes to Kano. To our surprise again, when Tinubu came, the turnout was unbelievable for many political ages in Kano”

“Now Dan Agundi has promised the 3rd coming of Tinubu will be overwhelming” Gawuna stressed.

The Governorship candidate while expressing his happiness and commendations to Dan Agundi, prayed for a stampede not to happen during the next mobilization.

The Party and the Director General of Gawuna Campaign Council, Engr. Rabiu Sulaiman Bichi, former Secretary to the State Government and Secretary to the Party, Hon. Ibrahim  Zakari Sarina in the event commended Dan Agundi and the support groups for doing well.

They also urged the support groups to sustain the tempo of registering more people into APC for the success of the party in the forthcoming general elections.