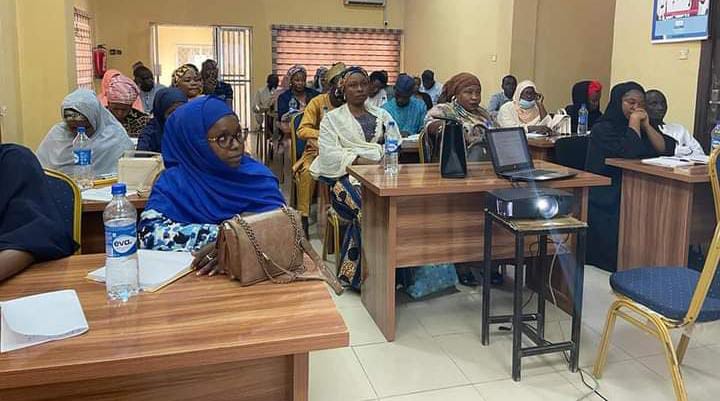 In its resolve to see the end of Gender-Based Violence in Kano state, the Centre for Information Technology and Development (CITAD), with support from Ford Foundation, has concluded the training of 100 Gender Based Violence Champions to assist in curbing the menace at the grassroots level.

The Centre said the champions comprising young men and women were trained to campaign and advocate for action against Gender-Based Violence and monitor the activities of GBV in Kano.

The training which is conducted in three batches is aimed at educating participants about different forms of gender-based violence and raising their awareness that violence against women in any form is unacceptable. The organization exposed the participants to various methods that can be used to prevent any form of violence against gender in societies.

The Centre revealed that the training focuses on deepening the knowledge of both young men and women on violence against gender, response, monitoring, and approaches to eliminate the scourge among societies.

The first and second batches of the training, comprised 40-40 youths while the third batch trained twenty (20) youths.

The training also sensitized participants on support structures available for victims of such violence, under the framework of family and child protection principles, through various humanitarian agencies as well as non-governmental organizations.

The One Hundred (100) champions selected from various communities in Kano, were also expected to step down the training in their respective communities as part of the multiplication of voices.

The champions will also assist in escalating the training to several people to join their voices in the campaign as well as serve as community monitors of violence against women and young girls.

Speaking to Journalists at the training, CITAD’s Gender Officer, Mrs. Zainab Aminu described Gender Violence as a malicious and harmful act, posing a serious threat to the general well-being of human societies, calling on stakeholders to collaborate to fight the scourge.

Zainab Aminu added revealed that “champions selected will be empowered to conduct step-down training in their respective communities as well as making a powerful advocacy visit to key relevant stakeholders”.

She also added that 100 CITAD GBV Champions comprised of both men and women, including People Living With Disabilities.

Aminu noted that CITAD will continue sensitizing the general public against the scourge, stressing that, it will not rest until GVB is drastically reduced.