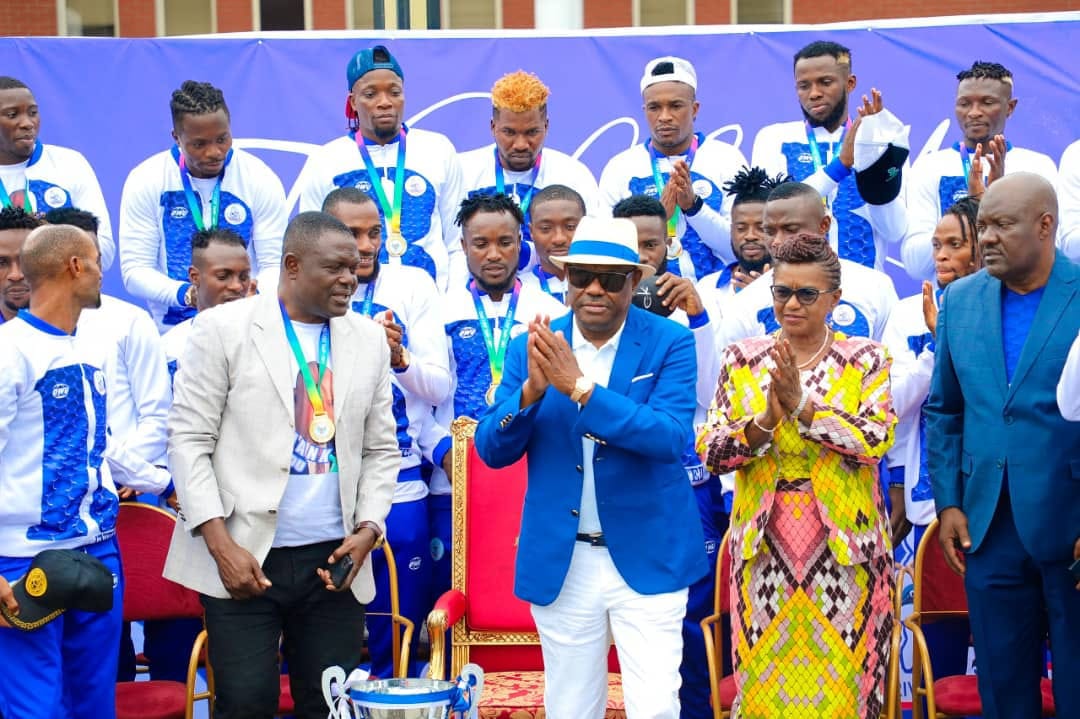 It was jubilation galore on Friday, December 23, 2022 as the Executive Governor of Rivers State, His Excellency Nyesom Ezenwo Wike redeemed his pledge to the Rivers United family for winning last season’s Nigeria Professional Football League title.

The sum of twenty thousand US Dollars ($20,000.00) was doled out to 47 individuals who helped the club emerge champions of Nigeria.

Gov. Wike had commended the Rivers United team for making the State proud and conferred them with the Governor’s Medal of Service (GMS), which is the third-highest distinction in Rivers State Order conferred on individuals in recognition of their exceptional service/performance in any field of human endeavor.

“To ensure that you are prepared for the CAF competition, each of you will go home with twenty thousand dollars,” Gov. Wike declared.

That pledge has now been redeemed by the Governor.

Redeeming the pledge, Gov. Wike who was represented by Rivers State Sports Commissioner, Barr. Christopher Green during a brief ceremony at the Adokiye Amiesimaka Stadium, Port Harcourt today charged players and officials of the club to continue to be great ambassadors.

“We have the best Governor in Nigeria and he will not relent in supporting this team so I urge us all to continue to be great ambassadors of Rivers State,” he stated.
Rivers United are the sole Nigerian club still left in Inter CAF Club competition this season.