Home News How we killed our colleague who refused to repent from kidnapping –...
Facebook
Twitter
WhatsApp
Telegram 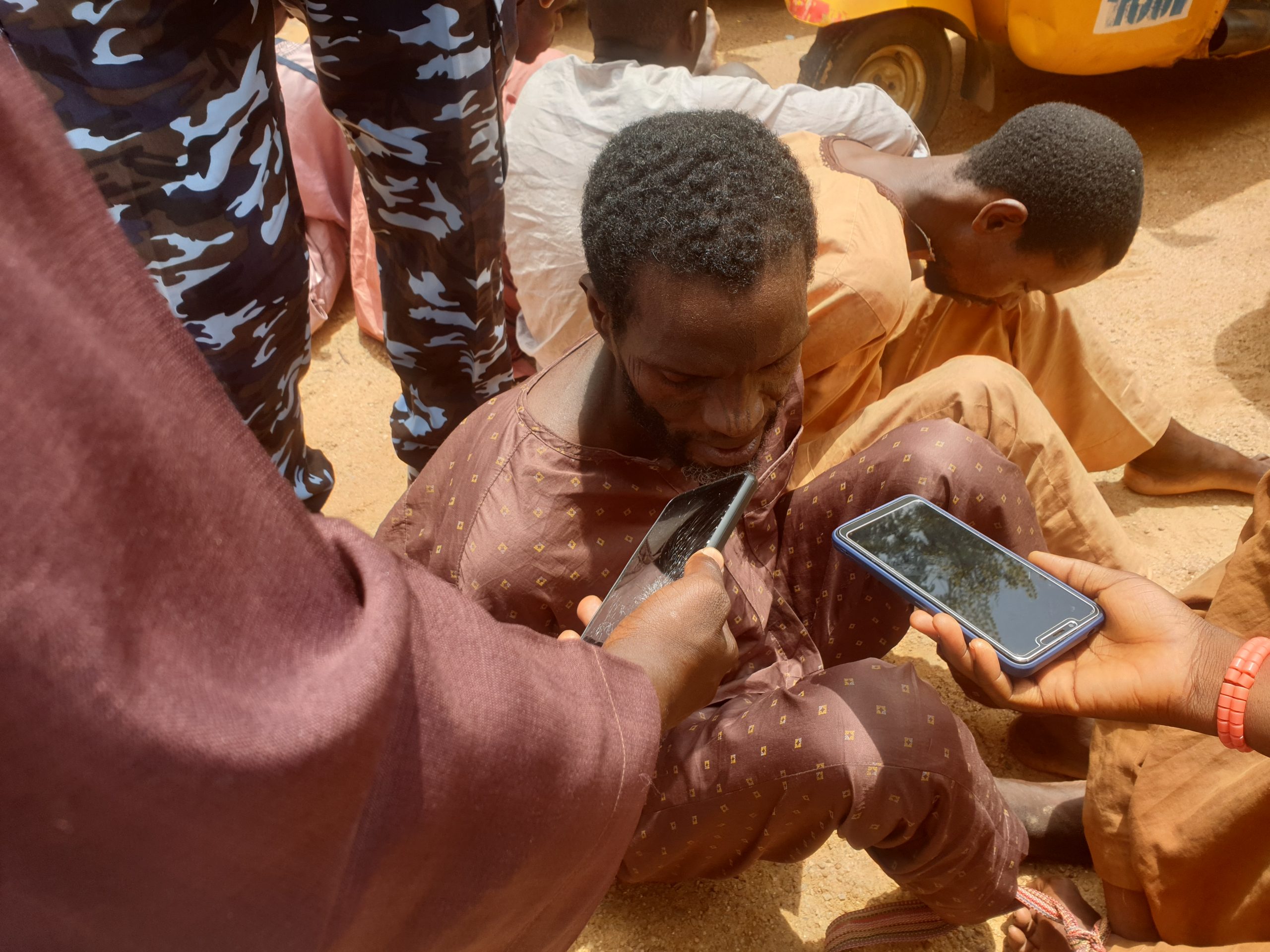 Kidnapped suspects arrested by the Kano state police command in Sumaila Local Government have revealed that they killed their colleague for refusing to repent from kidnapping activities after they resolved to repent.
Speaking to journalists when they were paraded by the police, the team lead, Alhasan Gambo, said they get tired of kidnapping and always willing to repent but their colleague refused to accept the decision.
He said they called his family and demanded them to pay ransom and killed him after collecting the money.
“We decided to repent from kidnapping and I asked him to join us too, but he refused. So we decided to also kidnap him. We called his family and collected N705, 000.00. Later we killed him for refusing to repent,” he said.
He said so far they kidnapped two people and collected ransoms of One Million each, and that they moved with the victims to the nearby forests to demand for ransom from their families.
He said even before he was arrested, he along other team members have already repented, urging the police to forgive them.
NEPC, NITDA train Kano exporters on digital marketing to boost global markets reach
“We have repented already before they arrest us. We will never go back even if we are released today. We want the police to consider this.”
Spokesman of the command, SP Abdullahi Haruna Kiyawa said they will be charged to court to face the law after investigation.