Home Politics It will be shameful if Buhari hands over power to opposition –...
Facebook
Twitter
WhatsApp
Telegram 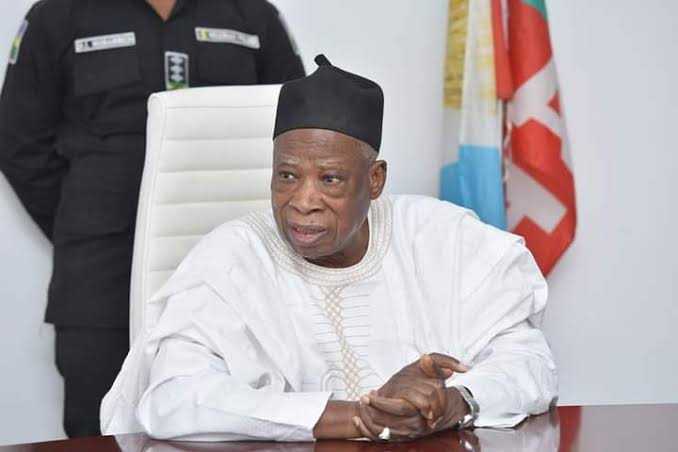 The National Chairman of the All Progressive Congress (APC), Senator Abdullahi Adamu has said that it will be shameful for president Muhammadu Buhari to hand over the country to any other political party than the APC after the coming 2023 elections.

Read Also:Atiku will perform better than Buhari if elected – Group

According to him, anybody that says he wants APC’s victory more than the president is lying, as he (Buhari) is fully committed and working towards the success of Bola Ahmed Tinubu as the next president after him.

“What people didn’t understand is that Buhari is the president of the country. He has a responsibility which he swears and considers an obligation for him to discharge, which is ruling the country. That is why he has to be very careful with his engagement in the campaign activities. Otherwise the opposition will say he is rather working for APC than the country, which is his primary responsibility,” he said.

Victory on our way

The party chairman said they are fully satisfied with the way campaign activities are going in the country and they are sure of victory in the coming elections.

He said “Things are going well for us, unless we will be ungrateful to God. Because based on what we are seeing in reality, APC is leading everywhere. People have accepted us and even the opposition knows that we are leading.”

On the number of large crowds the other parties are gathering during campaigns, the party chairman said “I didn’t see that and it will not discourage us as that is normal with politics. Nigeria has over 200 million people, but there is nowhere the People Democratic Party (PDP) can gather 1 million people. Their presidential candidate is yet to even unite members of the party.”