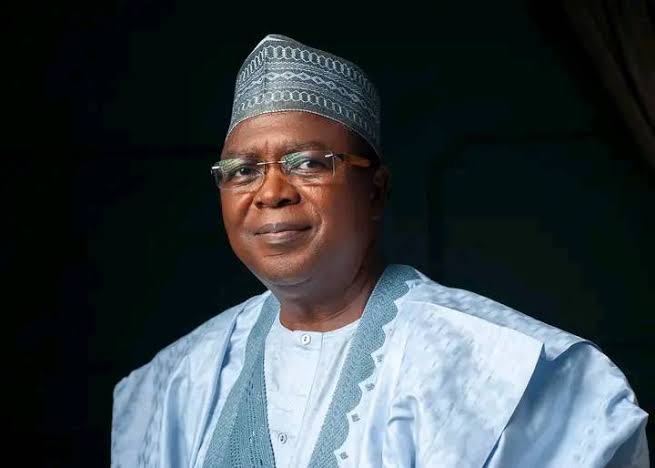 Dr. John Markus Ayuba (Born May 15, 1958) is a Nigerian academic, banker and politician from Kaduna State, Nigeria. He was a lecturer at the prestigious Ahmadu Bello University, Zaria and a seasoned banker who has carved his niche in the banking industry. A member of the People’s Democratic Party, he is the deputy gubernatorial candidate of the Peoples Democratic Party for the 2023 election in Kaduna State, North West Nigeria.

After schooling that culminated in acquiring PhD in Business Administration from the ABU, Dr. Ayuba taught for seven consecutive years (1981-1988) in the University before switching career in 1988 to join banking industry. He was a successful professional banker with decades of experience and has left indelible mark in all positions he had held. He was Diamond Bank’s Divisional Head in the areas of Corporate, Commercial and Retail Banking in the North before leaving the banking industry and joined Kaduna State cabinet in 2011.

From 2011 – 2013, he served as Commissioner of Finance and Commissioner  for Water Resources under the administration of two Kaduna State Governors Sir Patrick Ibrahim Yakowa and Alh Mukhtar Ramalan Yero.

Dr. John Markus Ayuba was born on 15th May, 1958 in southern Kaduna to a devoted Christian family. He attended the St Anthony’s Primary School Mabushi Kataf from 1965 to 1971 for his basic education. His father died when he was just 4 years old while in primary school in 1969 but that did not halt his elementary education. He was educated in St. Joseph’s Seminary, Zaria. He completed his secondary education from the School in 1976 where he topped his class, winning the Principal’s prize for the best graduating student. 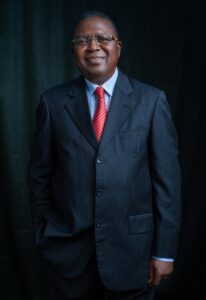 Dr Ayuba attended the School of Basic Studies (SBS), Ahmadu Bello University in Zaria where he received his A-levels and a bachelor’s degree in Business Administration with First Class Honors in 1980.  His outstanding performance won him the British Petroleum Prize for the outstanding graduate in Business Administration and the federal government merit award scholarship at the graduation.

In 1982, he obtained a Master of Business Administration from the same Ahmadu Bello University, Zaria where he emerged second in order of merit in the MBA Class of 1982.

Dr. Ayuba culminated with a doctoral degree (Doctor of Philosophy) in Business Administration from the same institution in 1999 and he was adjudged the best in the Ph.D. qualifying examination in 1986.

He has since attended several professional programmes in corporate finance and corporate banking in Nigeria and around the world including the Harvard University, Boston’s OPM Key Executive Programme in 2000 and Chase Manhattan Bank’s Intensive Credit course (1990) in Hammersmith, London.

Dr. Ayuba started his career as an academic in Ahmadu Bello University, Zaria in 1981 as a graduate assistant. He rose through the ranks to Lecturer I. He switched career to private sector in 1988 as a Product Manager at UTC (Nig.).  He was promoted to a Field Manager and later Area Manager (Ops) Kano in 1989. In July 1989, he joined ICON Ltd (Merchant Bankers) as a Deputy Manager (Credit & Marketing). In 1991, he became Manager in charge of general lending. He was elevated to Senior Manager and Head of Investment Department in 1993 and 1996 respectively.

In 1996, he was appointed Principal Manager and Head of Corporate Finance at the Inland Bank (Nig.) Plc. He became Assistant General Manager and Group Head, Corporate Banking in 1998. In 2001, he was promoted to Deputy General Manager. Dr Ayuba assumed higher responsibility when he was elevated to General Manager (Corporate Services) in 2003 and charged with overseeing the Banking Operations, Risk Asset Management, Human Resources Management as well as Information Systems.

In December 2003, Dr. Ayuba took over as General Manager, Investment Banking, of Lion Bank of Nigeria Plc. He was a non-Executive Director of the Bank since 2002 where he oversaw the Corporate Finance/Banking, Treasury, International Operations, and special services departments of the Bank.  He became Ag. Managing Director/CEO in October 2005.

He was Vice President, West African Bankers’ Association (Nigeria); Director of News Africa (UK) Ltd, a magazine for Africa and Africans in the Diaspora based in London. He was at one time the second and later first National Vice-Chairman of the Nigerian Squash Rackets Association.

In July 2011, Dr. Ayuba was as appointed Commissioner of Finance by the then Kaduna State Governor Sir Patrick Ibrahim Yakowa. After the demise of Yakowa in a plane crash in 2012, he was redeployed to ministry of water resources as the commissioner by Governor Mukhtar Ramalan Yero. Dr. Ayuba exited the cabinet in 2013 after its dissolution by the governor.

Dr Ayuba’s community service started prominently 1977 when he was elected secretary-General of the then Kataf Students’ Union (KSU). He had been an active member of Kataf Youth Development Association (KYDA), now ATYAP Community Development Association. Dr. Ayu was a founding member of the Atyap Youth Forum Lagos which transformed to ATYAP Pathfinder Abuja. He was its pioneer Chairman from 2001 to 2011.

He has been supportive of students especially indigent ones since the 1980s with the placement in the University. He aided numerous others to build careers in the banking and financial industry in Nigeria. He is a Patron of the Association of Kaduna State Residents in based in Abuja. In recognition of this enormous contribution in the Community service, the AGWATYAP conferred on him the traditional title of TAFIDAN ATYAP in 2001.

Dr. Ayuba is a deeply committed Catholic Christian whose training in mission schools from the primary to secondary levels strengthened his Christian faith.

He has served the Church in various capacities starting with his ancestral base Parish of Maria Assumpta Catholic Church, Mabushi Kataf; St. Augustine’s of Hippo, Kongo Campus, Zaria as Chairman of the Church Council in 1988;  St. Anthony’s Parish, Gbaja Sululere, Lagos, where he was Advisor (1997-1999) to the Justice, Peace and Development Commission (JPDC); Holy Family, Festac Town, Lagos. He has been an active member of the Fund Raising Committee for the completion of Holy Trinity Parish, Maitama Abuja.