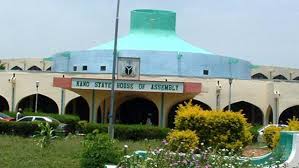 The Kano State House of Assembly has passed into law, the state’s Environmental Pollution Control Bill 2022, after it scaled through the third reading.

The passage of the bill followed the adoption of a report presented by the Chairman, House Committee on Environment, Musa Kachako (APC-Takai).

The house, presided over by its Speaker, Alhaji Hamisu Chidari, unanimously gave consent for the passage of the bill, after considering its provisions clause by clause.

In separate contributions, the members said that the bill, when assented to, would go a long way to address health challenges resulting from improper disposal of harmful waste in the state.

The Majority Leader, Labaran Madari (APC-Warawa), told newsmen at the end of the plenary session that the bill was meant to address the numerous environmental pollutions and challenges in Kano.

Madari said that the state was seriously threatened by environmental pollution, such as air, water, soil, radioactive and noise pollution.

He further said that all the pollutions have different adverse health and operational effects on human beings.

He said that the development made it imperative for effective control of the phenomenon.