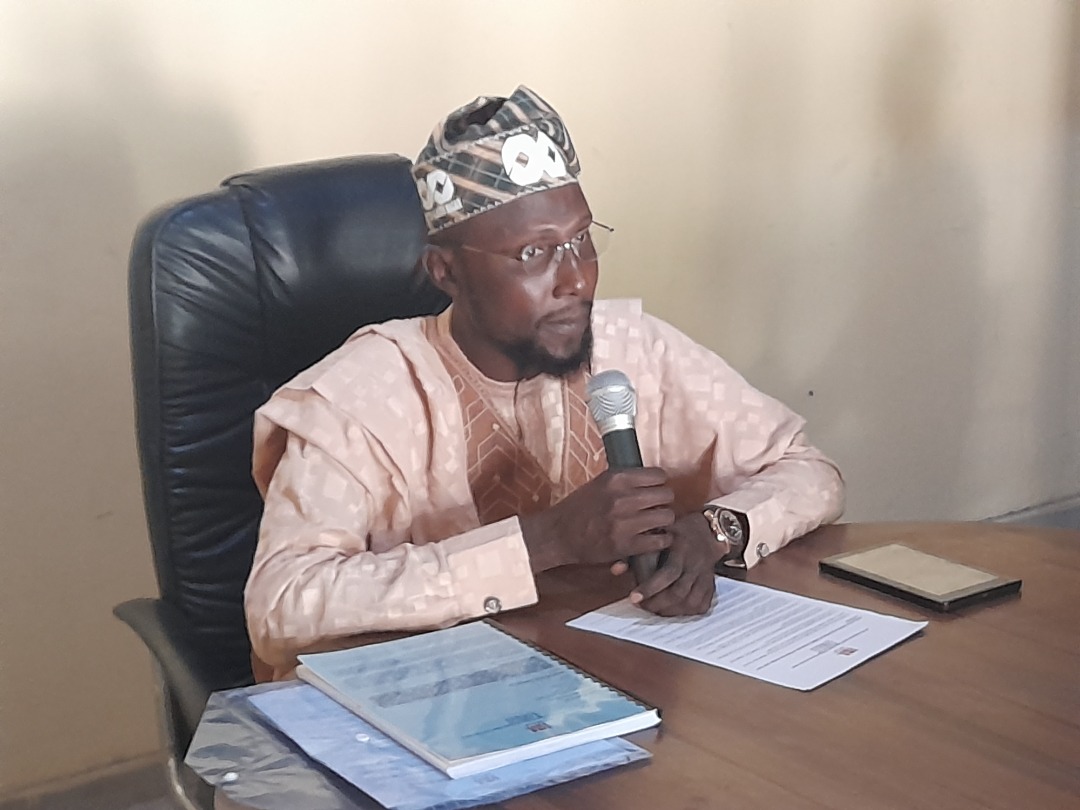 A heated disagreement has erupted between a Kano businessman, Mallam Hamisu Magaji and his estranged lawyer, Barrister Ibrahim Umar Abere over the sale of a landed property that has gone wrong.

Daily Focus reports that the problem started in June this year when Mr Magaji offered to sell one of his houses at Sharada Federal Housing Authority Estate, Phase 2 in Kano city.

Mr Magaji had engaged his former lawyer Barrister Abere to handle the sale of the property, which price he (Mr Magaji) had set at the sum of ₦40 million.

It was gathered that days later, the lawyer, Mr Abere found a buyer who offered to buy the property at the sum of ₦46 million, with an agreement that Mr Magaji would receive the net sum of ₦40 million while the remaining ₦6 million would be shared by agents.

However, Mr Magaji said Mr Abere paid him ₦37,750,000 instead of ₦40 million, a situation that he said forced him to call off the deal.

According to him: “Mr. Abere had sometime in June 2022 informed me that my house was overvalued and that I should consider a lesser amount which I vehemently rejected. I then later gave a final ceiling value of my property for the sum of ₦40,000,000 (Forty Million Naira) and he (Abere) also informed me that somebody has offered to buy the house ₦40,000,000 which I agreed.

“After the buyer paid the money to my ex lawyer Abere, he dishonestly transferred the sum of ₦37,250,000.00 (Thirty-seven Million Two Hundred and Fifty Naira) to my account.

“On getting underpaid, I immediately challenged him about his misdeed on the missing balance of ₦2,750,000 (Two Million Seven Hundred and Fifty Thousand Naira) which he failed to remit.”

“Thereafter, I immediately wrote a cheque of ₦37,750,000 (Thirty Seven Million and Seven Hundred and Fifty Thousand Naira) and dropped it at my ex lawyer’s office, and informed him that I was no longer interested in selling of my house,” Mr Magaji stated in a news conference held at the NUJ Press Centre on Saturday in Kano.

He added that after he decided to call the property sale, Mr Abere “rushed and transferred into my account the ₦2,750,000 balance payment that he had earlier withheld against my will.”

Mr Magaji added that he later disengaged the services of his former lawyer Mr Abere and demanded that the legal practitioner return all his documents.

“I have since filed several petitions seeking legal redress for the wrongs done to me by my erstwhile lawyer, Abere,” he said.

This newspaper learnt however that after Mr Magaji insisted on not selling his property, the buyer who purchased it, one Abubakar Yusuf decided to file a direct criminal complaint against Mr Magaji for allegedly denying him access to the property and also refusing to pay him back his alleged ₦46 million.

The complaint filed by Mr Yusuf at Kano State Magistrate Court number 62, accused Mr Magaji of criminal trespass, conversion, criminal intimidation.
The letter, dated October 5, 2022 prompted the court to issue an order to the Kano State Commissioner of Police to investigate the allegations against Mr Magaji.

The order was given by Magistrate Sakina Amina Yusuf.

However, responding to the story, Mr Magaji’s ex-lawyer Mr Abere denied allegations of breach of trust levelled against him by his former client.

In a detailed narration sent to Daily Focus, Mr Abere revealed his own version of the events thus:
“Hamisu Magaji instructed me to sell his property at sharada for N40,000,000 net so we got a buyer willing to pay N46 million and he was duly informed even before the draft of the agreement in my office.

“The transaction was on 11th June so we had public holiday on 12 June which made me unable to transfer his money through the bank. I then transferred N37,750,000 to him on 14th June, and he was not happy so I left him.”

According to him, Mr Magaji “went to the agents asking how they shared the 6 million and one of them told him I was given 3 million then I asked him to come with the person. They came and I swore with the Quran that I didn’t collect a penny from them and the man told him the it wasn’t true that I was given any money.”

He continued: “On that note, I then asked him to transfer back the 3 million he talked about so that I can give it to Hamisu Magaji who is complaining that his money supposed to be 40 million. The man transferred N2,250,000 which I sent to Hamisu Magaji of the 17th of June to complete his N40 million.

“With this payment, Hamisu Magaji took the buyer and introduced him to the neighbors as the new owner of the house. But there was a tenant in the house who was stubborn and we had to use the court to remove him from the house so that we can give the buyer Yusuf Abubakar his house.

“Hamisu Magaji came to the court and testified that he has sold the property to the new owner and that as at then the property does not belong to him again.
“After this, we had a problem with Hamisu Magaji one of which is that he told me he wanted to rescind the sale of the house which I objected since it is illegal having collect money from the buyer for months. We disagreed on this and other issues that lead him to say he no more want to work with me as his lawyer.

“I then confronted him with my outstanding bill of charges which he refused to pay so I withheld his files. A time came when the tenant left the house and Hamisu Magaji collected the keys himself and kept them refusing to hand over to the Yusuf Abubakar who bought the house. I called to tell him and he was raining abuses on me that he didn’t sell his house to Yusuf.

“I reported him to Sheikh AbdulWahhab Abdullah who directed him to go and give Yusuf Abubakar his house but he refused. He used blocks to cover the space of the gate after removing the gate and left for another destination.

“I then told Yusuf to resort to court where he filed a criminal complaint which was directed to the Commissioner of Police for investigation. His account was frozen and that was how he was arrested and taken to court.

“He spent some days on detention at the police CID and Prison as he refused to give the house to the owner and also hold on to N40,000,000 paid by the owner of the house. He is just on bail and the case is still going on when he made this press briefing against the rules of court,” Mr Abere narrated.