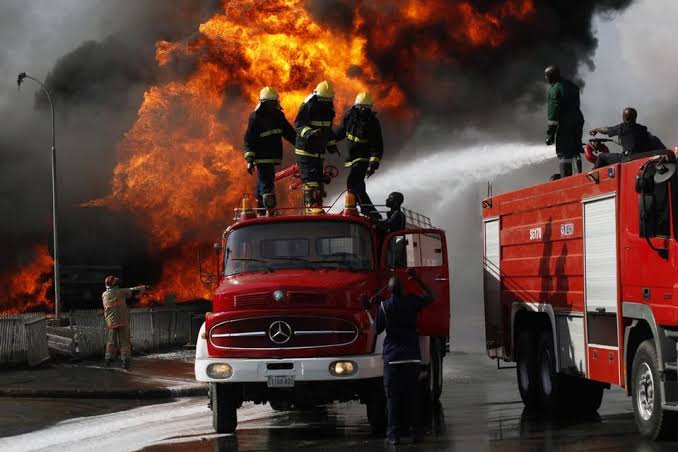 The Kano State Fire Service says it has saved 1,035 lives and property worth N905 million from 867 fire incidents recorded in the state from January to December, 2022.

This is contained in a statement issued by the Public Relations Officer (PRO) of the Service, Saminu Yusuf Abdullahi, in Kano.

Abdullahi however disclosed that 166 persons lost their lives, while property worth N358 million were destroyed by fire during the period under review.

“The Service responded to 736 rescue calls and 208 false alarms from residents of the state,” he said.

He also said the Service attended to 575 road accidents, while six trapped animals were also rescued.

The Spokesman attributed the fire incidents to careless handling of cooking gas and the use of inferior electrical appliances.

He advised the general public to avoid storing petrol at home or any unsafe place due to fuel scarcity.

“Those who warm up themselves at market place or in the street during harmattan should put off the fire with enough water to avoid unforeseen circumstances.

“Parents should be vigilant to monitor their wards, especially those swimming in ponds and playing in dangerous places,” he said.

Abdullahi also advised the residents of the state to call fire service in case of emergency.