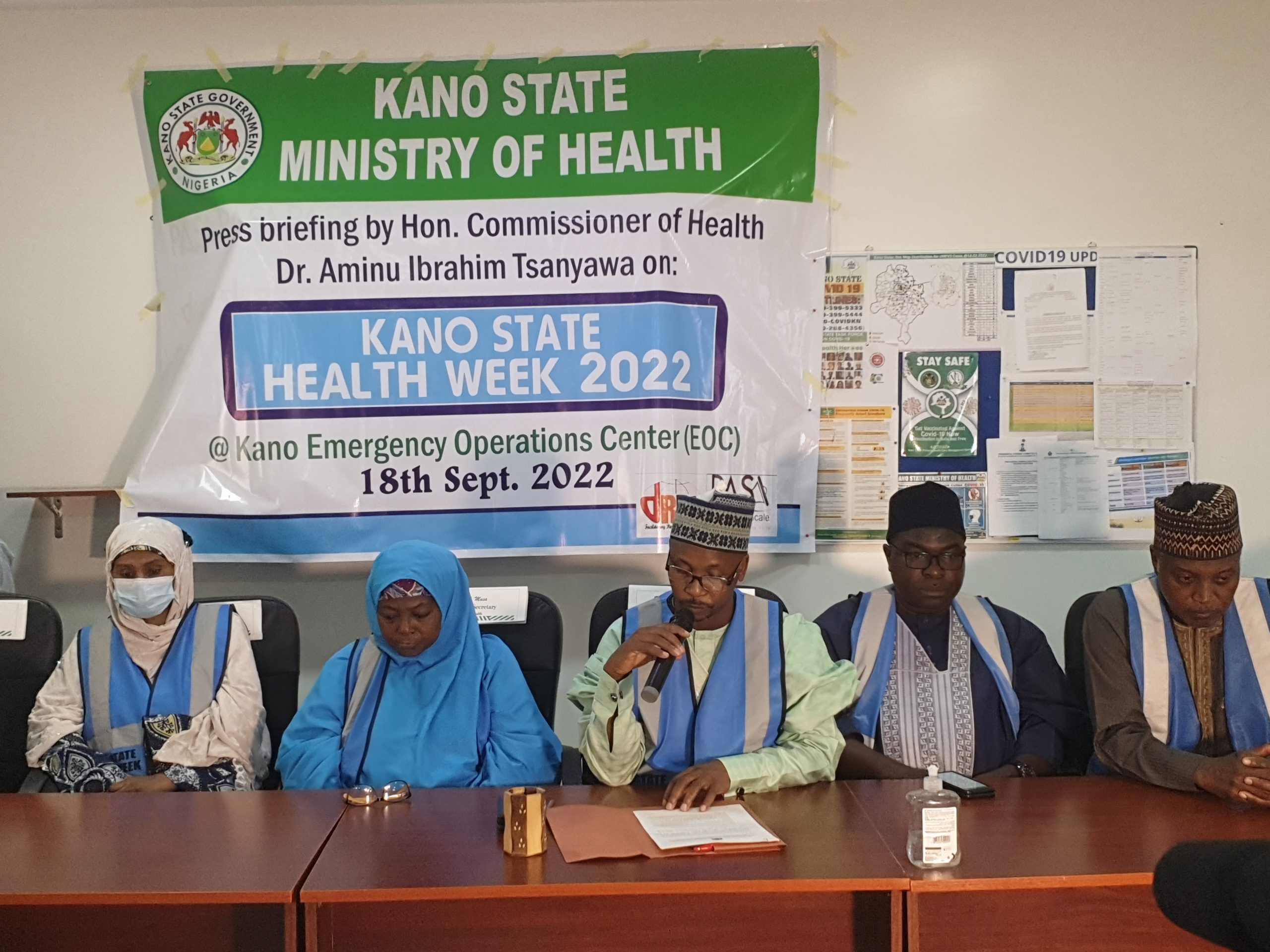 In its bid to improve healthcare service delivery among residents, the Kano state government has said that it has employed 1000 health workers that will be deployed to work across various healthcare facilities in the state.
The state government also said it has initiated a move to save at least One Million Lives with the renovation of 30 Primary Health Centers (PHCs) across various communities in the state.
The state commissioner of health, Dr Aminu Ibrahim Tsanyawa stated this while addressing newsmen ahead of the coming ‘Kano State Health Week’, which is scheduled to commence on Monday.
Kano to spend N1.2bn for reconstruction, maintenance of 42 roads
The commissioner said the newly employed health personnel will recieve their letters of appointment on Monday, as one of the activities of the week long event, which is aimed at showcasing laudable achievements of their administration in the health sector.
He added that several projects that attained completion stage would be launched by the state governor, Dr Abdullahi Umar Ganduje, including the 30 Primary Health Centers (PHCs) that were renovated which is estimated to save One Million Lives.
“Apart from the offer of appointment to the new workers, there are also number of projects to be commissioned in the week. Some of them are commissioning of upgraded Rano Emirate Specialist Hospital, distribution of medical equipment and distribution of uniforms to health workers to ease their jobs.
“Others are the commemoration of 2022 World Breat Feeding Week, distribution of free maternity commodities among other projects which will take place within the whole week,” he said.
According to the commissioner, the largest Cancer Treatment Center in Africa, which is under construction by the state  government, will be fully completed and launched in the mid of October this year.
He applauded the state government and other global and National health partners for the achievements they recorded so far in the health sector, adding that they are committed to fruitful healthcare delivery in the state.