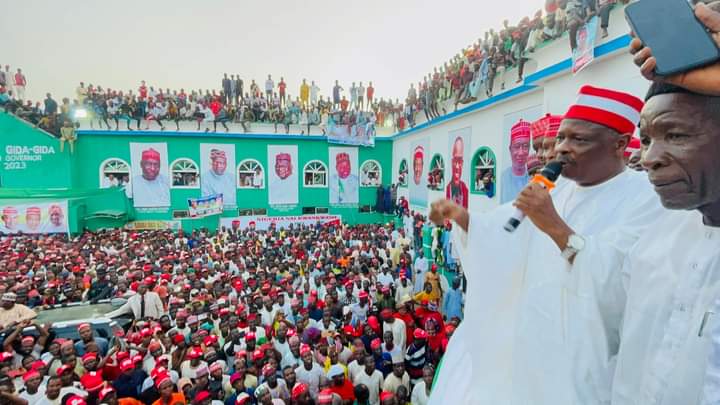 The New Nigeria Peoples Party (NNPP) in Kano have cried out over incessant attacks on its party members in the state.

The state party Chairman, Umar Haruna Doguwa while briefing Journalists Sunday evening said the attacks on their members especially at Chiranci and Mandawari areas of Gwale local government is unbecoming and a plot to sabotage the political space in the state.

While identifying non chalan attitude of the Divisional Police Officers of the two areas, Mandawari and Gwale, he called on the commissioner of police in the state to investigate activities as they always look away on reports lodged before them over the issue.

“It is indeed a sad and unfortunate event unfolding in Kano state, on the 12, November, we complaint to the then dpo over some unwarranted attacks and nothing was done. On the 25th of this month, consistently on two consecutive days, one Abba Dagi Ochi, Shehi and Junaidu led a group of thugs to attack peaceful inhabitants of that area causing injuries on some people.

“We had reason to visit his office today to put the complaint across to him but he was not on seat. His dco who is just some few metres away from the scene of the event pretend innocence to what is even happening in the area.”

He said, while the new CP is trying to maintain a peaceful atmosphere in the state, yet, some officers under his command particularly dpo of Gwale and Mandawari are bent on destroying his good work.

He therefore commend the director, DSS who upon hearing the news swung into action to curve the disturbing trend of violence emanating from the quarters of the chairman of the All Progressive Congress (APC) in the state.

He added that, some unpatriotic elements in the opposition party are trying to create an avenue whereby election should not hold in some states in the country.

“We can authoritatively say it that a meeting was convened yesterday in an office behind school of hygiene, Kano between 8 and 9pm between with the local government Exco of the APC and in that meeting, it was directed that this violence must be sustained. That the aim is was to make sure that Kano was exempted from the coming election.”