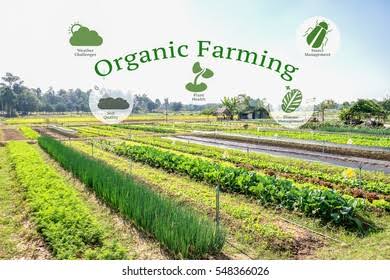 Kano state government have partnered with a private firm, HM group of companies to improve organic farming in the state and northern Nigeria.

At a sensitization programme organised for farmers and farm owners at Kano state library auditorium, more than five hundred farmers gathered to explore the opportunities that are available to those who adopt organic farming principles.

Speaking, Kano state commissioner for agriculture, Yusuf Rurum said, while farmers in rural areas still practice organic farming in the state, there is lack of knowledge on how to go about the process.

Therefore, he revealed that the state government is focused on reaching out to rural farmers on an awareness campaign aimed at addressing the challenges therein for the purpose of promoting the cause.

“Our people don’t know that organic farming if practiced well brings more income than any other, we will try and see that they are knowledgeable about it while working to enact policy on organic farming and certifying the practitioners.”

On his part, the Chief Executive Officer, HM Group, Mr. Rohi Khwaja, said, “organic farming produced with technical inputs from HM Group would give Kano state access to foreign markets that are willing to pay a premium as it would boost the health of all concerned with sustainable ecological practices that will conserve water and soil for future generations.

“Managers from four Nigerian banks see to invest in organic agriculture with a view to alleviating poverty, reducing drudgery and expanding educational opportunities for farming communities.

“Nigeria is blessed with natural resources that have not been despoiled by heavy industry, this means, Nigeria is well placed for economic growth as a primary producer in a hungry world.”

He added that, the event, which served as an opportunity for all stakeholders to be in interaction with the academia, bureaucrats, technocrats, agro marketers, agronomists and producers will mark the beginning of a new chapter in the history of Kano state as many national and international supporters pledge their alliance to support the Organic Farming Movement (OFM) going at full scale starting from Kano state.

The programme was depicted by numerous dignitaries including the Deputy Governor, His Excellency, Dr.Nasiru Yusuf Gawuria and the Hon. Commissioner of Agriculture, Dr. Yusuf Rurum, Special Assistant for Agriculture Dr. Hafiz Muhammed and others. Professor Yusuf Daraja, Kano University of Science and Technology, Wudil and Dr. Zafar Sultan also address the Producers community and describe in detail about the social, economical and cultural aspect of Organic Farming. The event was marked by web addresse from Mr. Kulkarni, H.B., expert on Organic Farming from India who also had a detailed interactive session (Translated by Dr. Allyu Nuhu) with farmers.