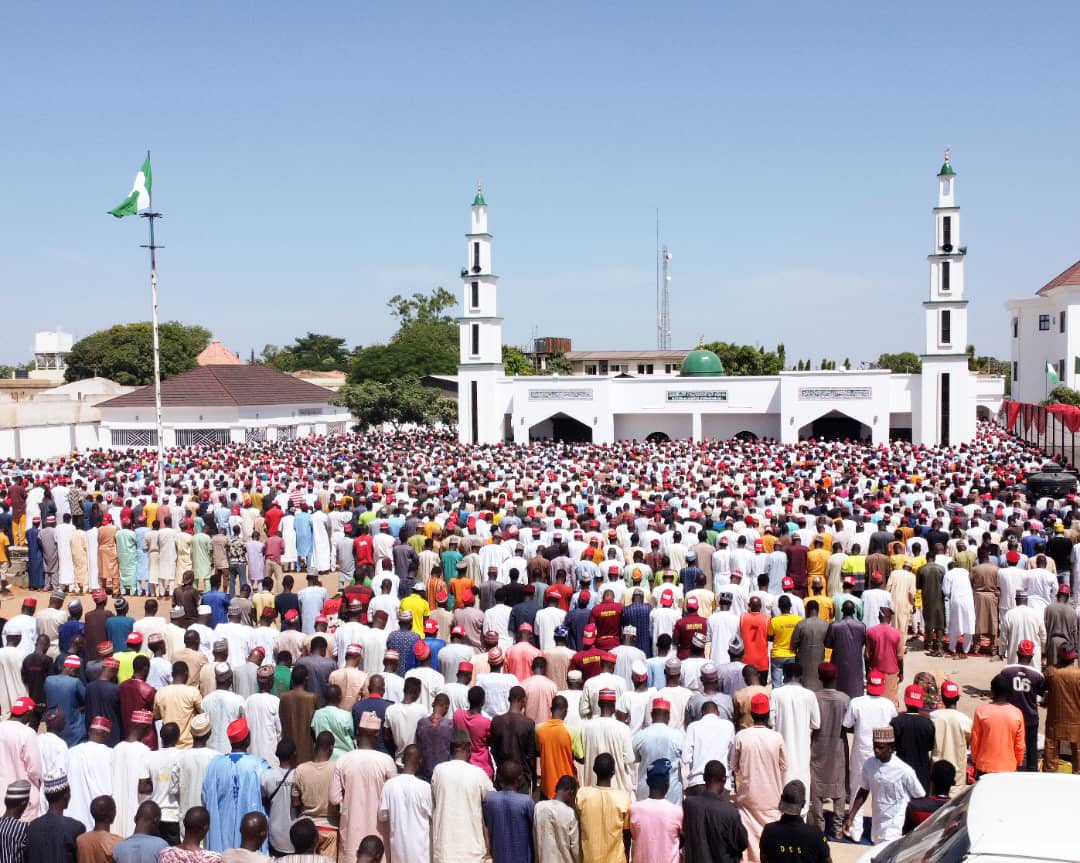 … Named it after late father

The commissioning of the mosque, which has the capacity to accommodate over Two Thousand worshipers, attracted representatives from within and outside state.

Kwankwaso: Why NNPP is rubbing shoulders with PDP, APC

Senator Kwankwaso, while growing up in his training, learned from various Islamic scholars that whoever wants to honor his parents, let him give charity on their behalf, because the reward of charity will reach the deceased and benefit them.

Kwankwaso described that the mosque is his “own way of honoring his late father.”

“I pray that Allah accepts his act of Ibadah and sends him the rewards.”

While delivering a maiden Friday sermon at the new Jumaat mosque, with capacity to contain over two thousand worshipers, Shiek Ali Abdullahi preached on truthfulness as a major character of an obedient Muslim faithful.