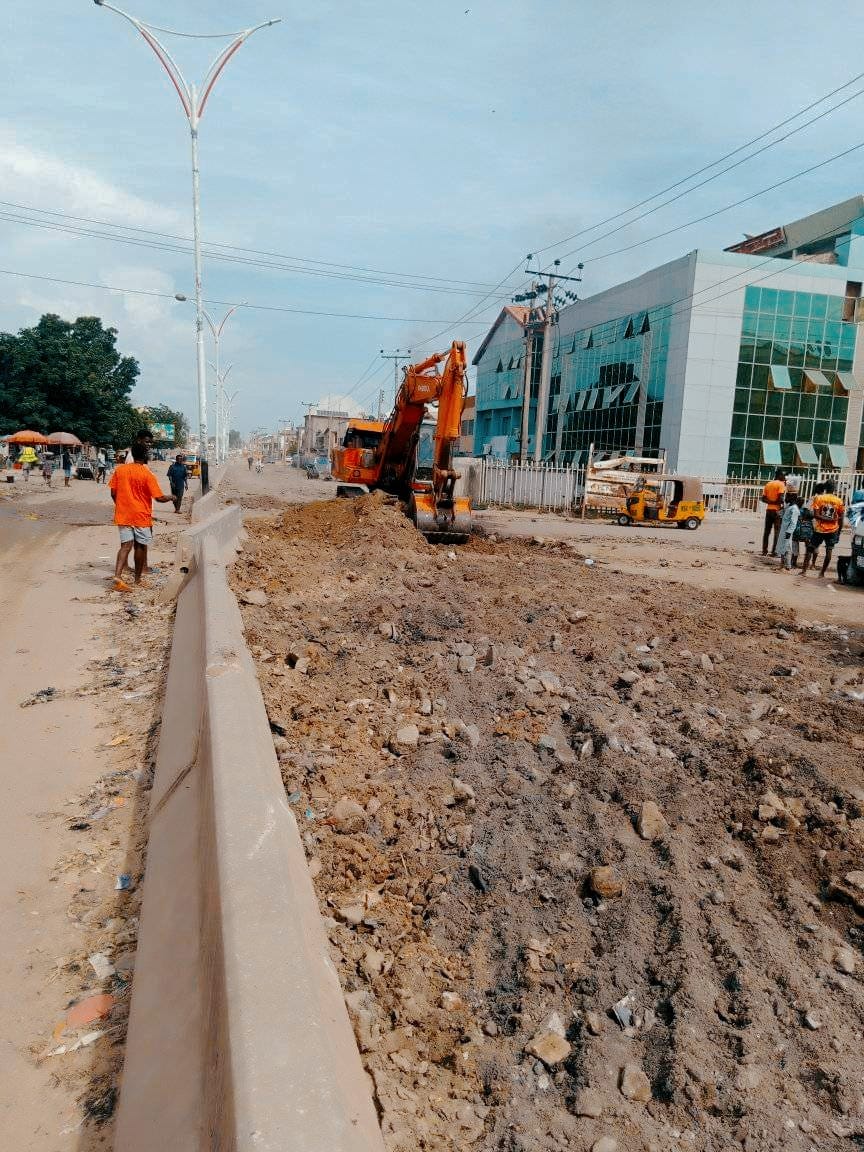 Member representing Fagge federal constituency at the house of representatives, Aminu Suleiman Goro has flagged off the construction of a 2 kilometres dual lane road at Zungeru road of Sabon Gari area of Kano metropolis.

At the official declaration of the construction take off, he said the project is the fifteen project executed across wards of Fagge As part of his constituency projects.

“The people of Sabon Gari and environs have been clamouring for a leader that will come to their aid especially that road. The raid is very important due to many places it links within and outside the metropolis.

“Secondly, it is situated in a business environment, so, it becomes necessary to look into the issues and do away with them.”

While associating the project with the choice of the people in entrusting him as a leader, he appealed to the residents to be patriotic and ambassadors of their land.

“There’s someone who met us here and said, in two years, he couldn’t bring his car to the front of his house due to the poor condition of the road, but now, he is hopeful, that will be over anytime soon.”

He therefore, called on the contractor who is awarded the contract to ensure quality job is achieved.

However, Goro, also called on the people of Zungeru and environs to take charge of sanitation across drainages linking to the road so as to avert the menace of flood which might affect the work.