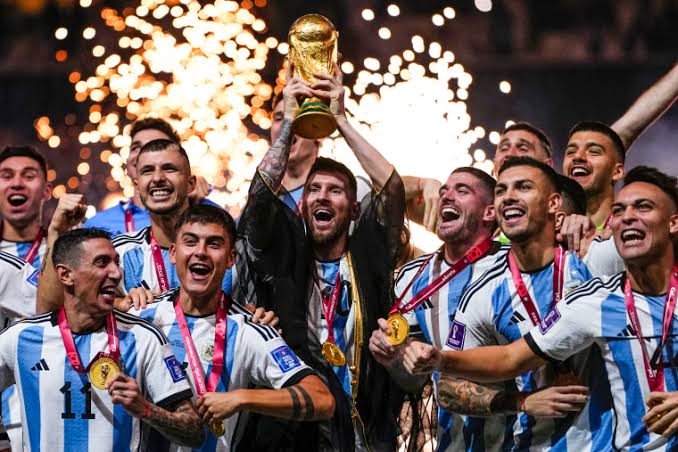 After earning fans recognition as arguably the Greatest footballer ever, Argentinian super star Lionel Messi says he will not retire from international football anytime soon.

This decision comes after he has capper up his extraordinary career with Argentina’s first World Cup since 1986.

Argentina beats France at the World Cup final in Qatar to clinched the title in the penalty shots.

It was a memorable night in Lusail as more than once within the 120+ minute long game it seemed as if France will take the day and Messi playing his 172nd cap will retire without winning the coveted world cup.

The Argentine legend confirmed after the match that he will stay arround a little longer to enjoy his victory : “Obviously I wanted to complete my career with this – I can’t ask for more,” he said.

“Finishing my career this way is impressive. After this, what else? I have a Copa América, a World Cup, almost at the very end.

“I love football, what I do. I enjoy being part of the national team, the group. I want to enjoy a couple more matches being a world champion.”