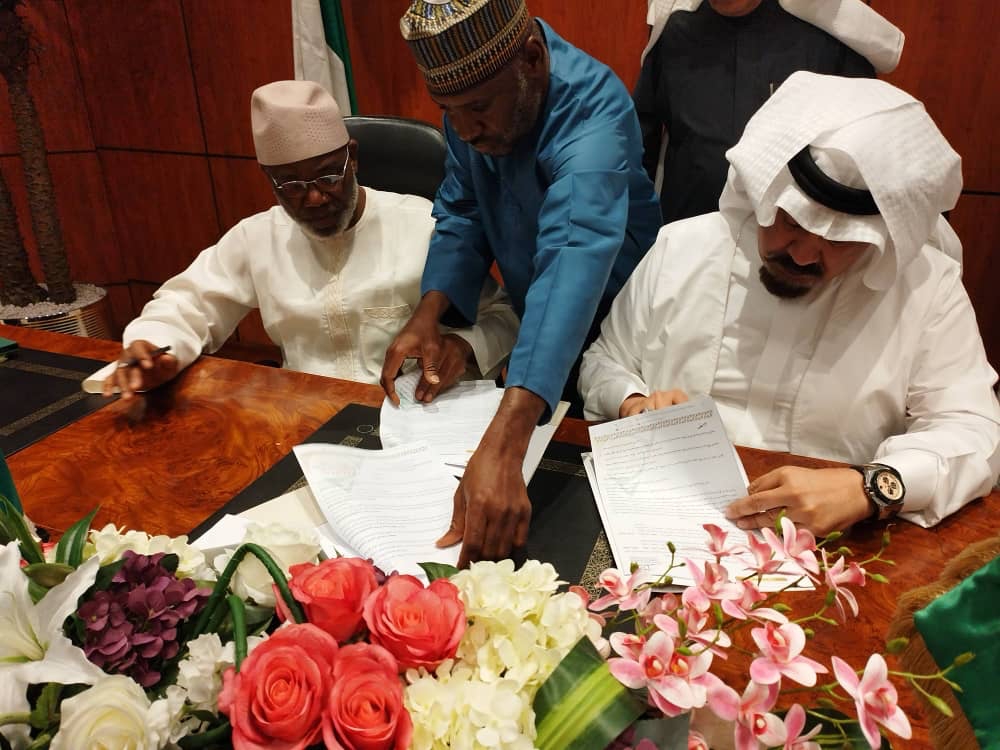 The National Hajj Commission of Nigeria (NAHCON), has signed agreement with the Mutawwif Companyof African Non Arabs otherwise known as Muassassah, on services to be provided during the 2023 Hajj operations.

One of the major highlight of the meeting was the commitment made by the Muassassah to upgrade the feeding and Catering Services at the Mashair and with the grant of 5percent discount on payment this year.,meaning, Nigeria will pay less of what was charged last year.

A statement by the Assistant Director, Information and Publications of NAHCON, Mousa Ubandawaki, the pacts  were signed by the Chairman/CEO of NAHCON,Alh Zikrullah Kunle Hassan and the the Chairman of Mutawwif Company.

The agreement is part of the preparation for this year’s Hajj which is due in late June and is a follow up to the earlier meeting held between the two teams on Thursday at Super Dome Centre, Jeddah ,on the side line of the Hajj and Umrah Expo 2023.

The pact focused on the roles expected of the two parties during the Hajj. It also covers the services to be provided to the pilgrims in the areas of enlightenment, guidance, movements/transportation especially during the Mashair.

“We are asking for better services this year and we want it at reduced price. Though,we acknowledged the amount of investment made to upgrade the facilities at the Mashair which are long term”, he said.

In his presentation,the Chairman of Mutawwif Company, Ahmad Sindy,explained that the unfortunate incidence of last year won’t be repeated as they are more committed to the welfare and well-being of pilgrims through improved facilities and eco -friendly settings that would make pilgrims good feelings.” We will also upgrade the quality of food in terms of calories and weight. In addition,we have contracted a well known nutritionist to ensure that the service delivery is best”.