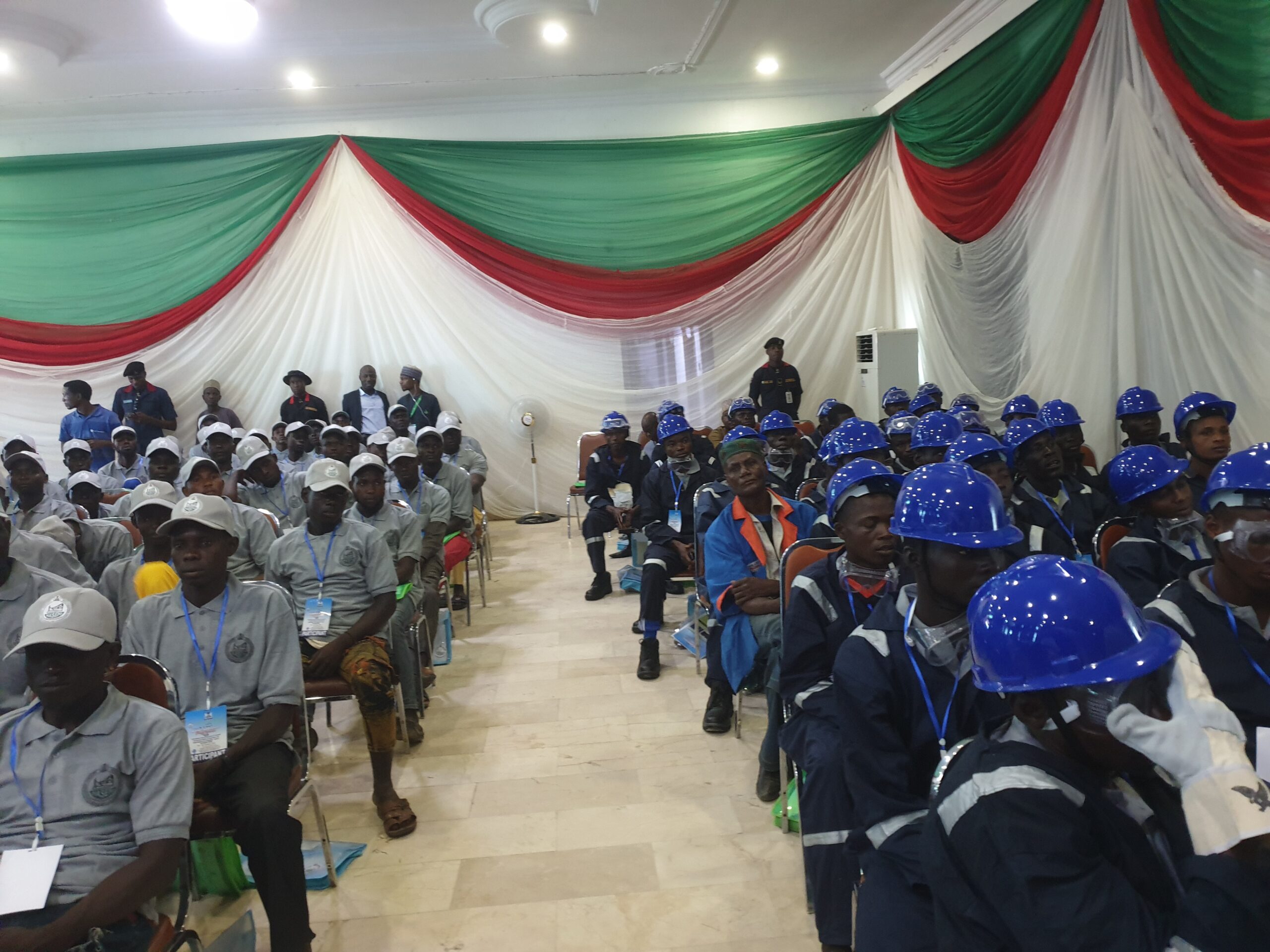 The National Agency for Science and Engineering Infrastructure (NASENI), has embarked on a Skills Acquisition training and empowerment of 100 auto mechanic motor vehicle engineers in Kano, to boost their skills and encourage job creation among youth.

Speaking while opening the program, the Executive Vice Chairman of NASENI, Engineer Professor Muhammad Sani Haruna said the program drawn its participants from across the 44 LGAs of the state, and that they will receive trainings on modern ways of repair and maintenance of modern vehicles sensory systems.

The EVC said the training is aimed at improving means of living among masses through empowering the teeming youth for them to lead the nation towards getting a manufacturing economy and compete with other countries in the world.

According to him, the training with a theme; ‘Autotronics and Application of Sensory System Mechanism to Diagnosis and Maintenance of in Automobile Vehicle,’ is for the beneficiaries to take it down to other mechanics and mentor them to create more employment opportunities.

“The participants are carefully selected from mechanics who are already practicing but require technical know-how to be able to attend to modern vehicles. And also vehicles even of tomorrow that use computerized control systems. So, the participants are 100 in number in this phase, but they are expected to go and teach others.

“They are carefully selected from those that have exhibited interest, they are screened and 100 emerged. They are given all the needed tools which will guide them and also be able to train others. So, the training is in other words training of the trainers,” he added.

Professor Haruna further urged the beneficiaries to utilize the training to empowerment and build themselves to become prospective employers, appreciating the Buhari’s administration for the support and empowerment to the teeming youth in the country.

Declaring the training open, the Chairman of the occasion and Majority Leader of the House of Representatives, Alasan Ado Doguwa warned the beneficiaries against diverting the equipment given to them and urged them to maintain and use the tools to build themselves.

Represented by Senator Mas’ud El-Jibril Doguwa, the Majority Leader described the empowerment as timely and needed in the country to address the lingering unemployment crisis bedeviling the youth in the country.

“This is a golden opportunity for you and you should take good advantage of it to uplift yourself and even help others to grow. With this, you can be an employer and even make other employers too. So don’t hide what you learn here and leave it to yourself only, go and train others.”

On his part, Kano State governor, Dr Abdullahi Umar Ganduje appreciated NASENI for choosing the state for the gesture, describing it as an effort towards reducing the burden of youth unemployment in the state.

He said the state government is undergoing a series of skill acquisition programs through its Skill Acquisition Center, where over 23 different skills are taught, adding that about 1000 mechanics were sent by their administration to PAN in Kaduna and get trained on various skills of motor vehicles repairs.

Speaking on behalf of the beneficiaries, a mechanic who was also given his kit, Ahmad Sani, appreciated the agency for the training and empowerment, promising that through their union, they will ensure that the equipment are not diverted and utilized judiciously for rapid growth in their business.