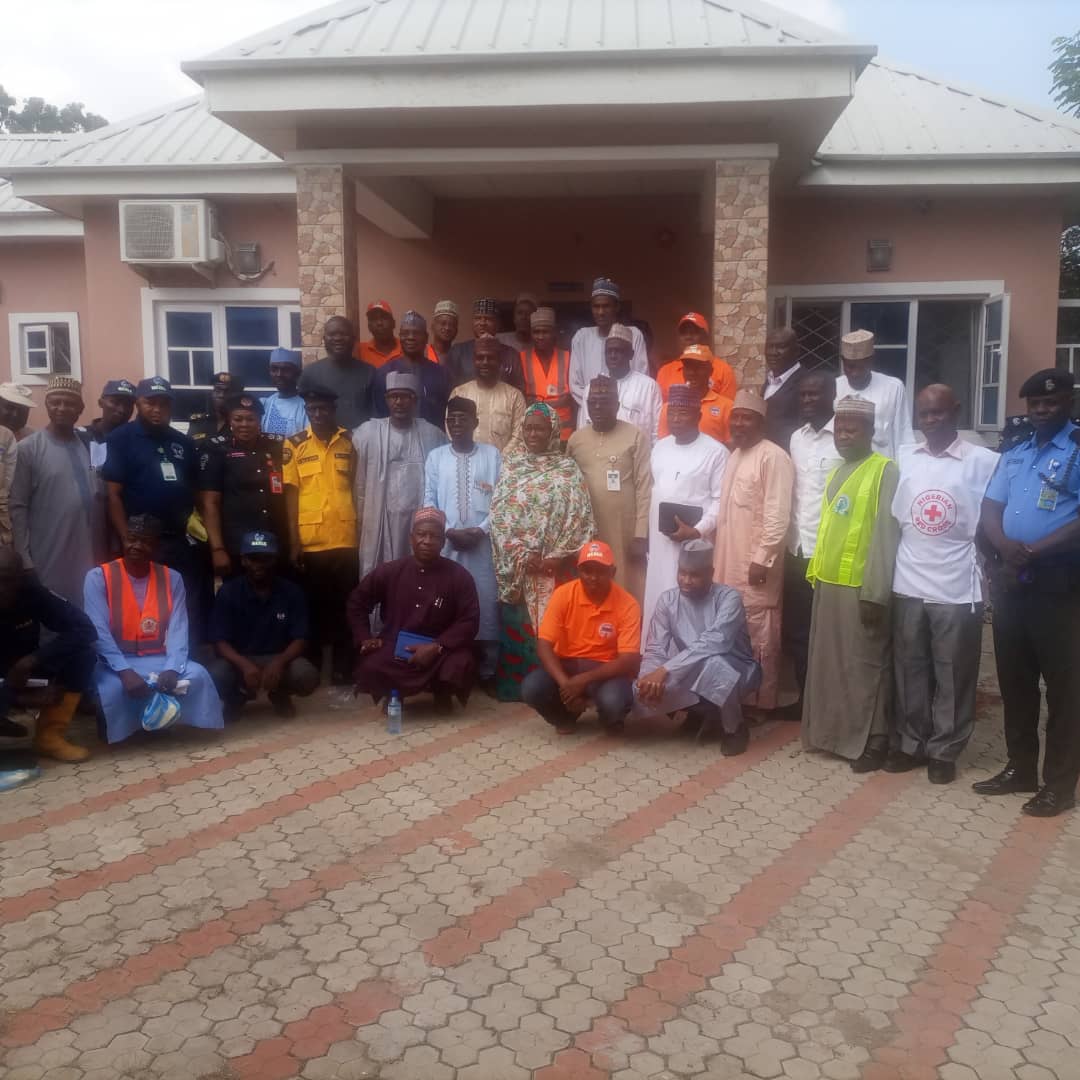 The National Emergency Management Agency (NEMA) and Stakeholders in disaster management brainstormed on timely response on emergency rescue and proactive measures to mitigation of disasters.

He said the meeting will help to identify the gaps and how to address the gaps in future as well as providing solutions by devising best possible ways to save lives and property.

“We will identify where and what are the problems of flood in other to avoid future occurrence”.

According to him, NEMA brought a lot of mitigation measures,adding that people should change their attitude to agree and listen on early warning prediction.

Jili called on the general public to cooperate with the disaster management agency in the state so as to have a free flow of water in the state.

He advised residents to cultivate the habit of switching off their electrical appliances when going out of their houses or before going to bed as well as using cooking gas as harmattan is approaching.

He commended NEMA for the kind support given to the flood victims.

Earlier speaking, the Managing Director Kano Hadejia Jama’are River Basin, Mahmoud Aliyu,called on those living close to the river bank should vacate to avoid loss of lives and properties.

He further explained that the recent spillway of Tiga Dam was not intentional,the dam was filled from reservoir which has been taken care.

“It is necessary for a dam to spill water when it has reach a certain capacity so as to avoid natural disaster that will break down the dam and cause flood”Aliyu said.

A paper was presented by Kabiru Moriki, of NEMA on brief of Search and Rescue and Epidemic Evacuation Plan(SARP).