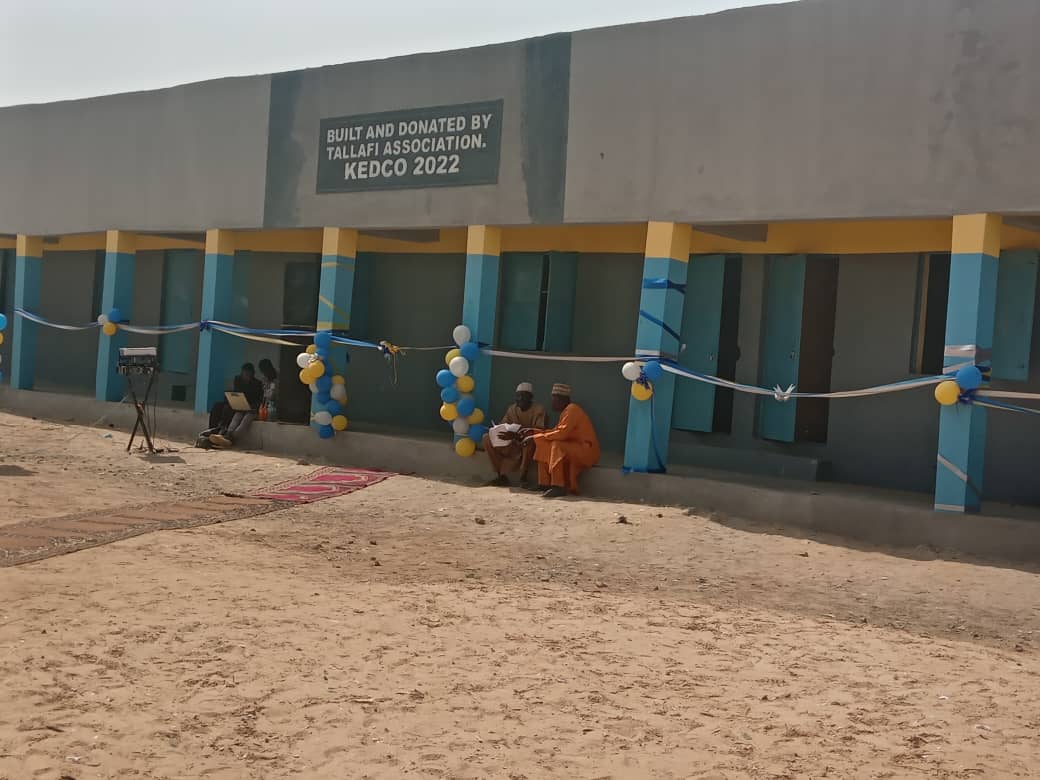 “The association is under Kano Electricity Distribution Company humanitarian service and it was established was established in 2013 with 20 members, it is a non governmental, it now has 270 members they contribute N270,000 monthly.

According to him, “this gesture was aimed at improving teaching and learning in conducive atmosphere within the school and it took us three years to complete the building.

“All the classrooms are well furnished and electrify”,he said.

He urged the school management to take good care of the building and maintain it.

On her part, the Principal Government Girls Arabic Secondary School at Tudun Murtala,Hajiya Sadiya Muhammed, thanked the association for promoting education system and pledge to sustain it.

Also speaking the District Head of Nasarawa Local Government, Alhaji Aminu Babba-Dan’agundi, commended the association for its foresight and assisting educational development in Nasarawa and supporting other associations in the community .

Babba-Dan’agundi, represented by the Village Head Dakata , Alhaji Salisu Zubairu, urged the beneficiaries to utilize the classroom given to them well.

Many people have benefited from the education support which include orphans, less privilege and widows.