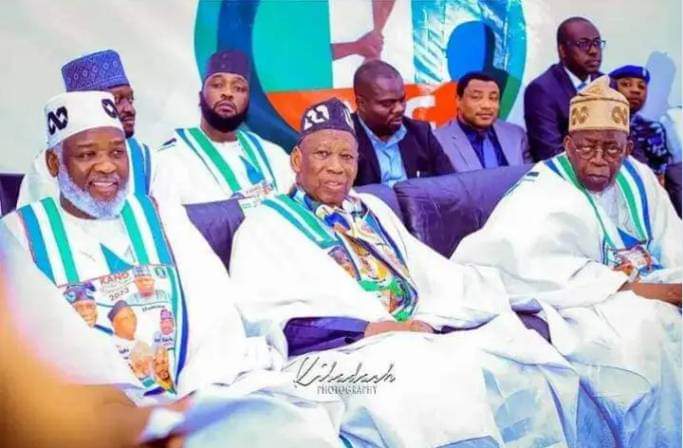 The Presidential candidate of the All Progressive Congress (APC) in the forth in general election, Asiwaju Bola Ahmed Tinubu says Nigerians have no regret for voting President Muhammadu Buhari.

Tinubu stated this while commissioning an office of the APC Presidential/State Campaign office in Kano.

Asiwaju Bola Ahmed Tinubu said Nigerians should not be deceived by critics that the President has not performed.

“This party will receive victory, this country will experience progress, this office will be filled with joy come February 2023,” he said.

He assured the party members that if they voted him as the president , eh will ensure that they didn’t regret their decision.

“Those whom I think have not been adequately rewarded, I beg your pardon forget it. I promise that I will change the reward system once I become the President Insha Allah. You will not regret ever working for our party.”

The Presidential candidate said he is in kano for rally, rather to inspect and talk to business groups, stressing that they would come back to kano prepared to do a big rally.

In his remarks the party’s National Chairman, Abdullahi Adamu said the ruling party has no reason or excuses not to deliver the President, State Governors and members of the National Assembly come 2023.

Earlier, Governor Abdullahi Umar Ganduje of Kano State said the state has a good political transition as his Deputy, Nasiru Yusuf Gawuna and his former Commissioner is about to succeed him in office.

Tinubu was in company of his running mate, Kashim Shettima, Governors of Jigawa and Zamfara State, Badaru Abubakar and Bello Matawalle among other dignitaries.