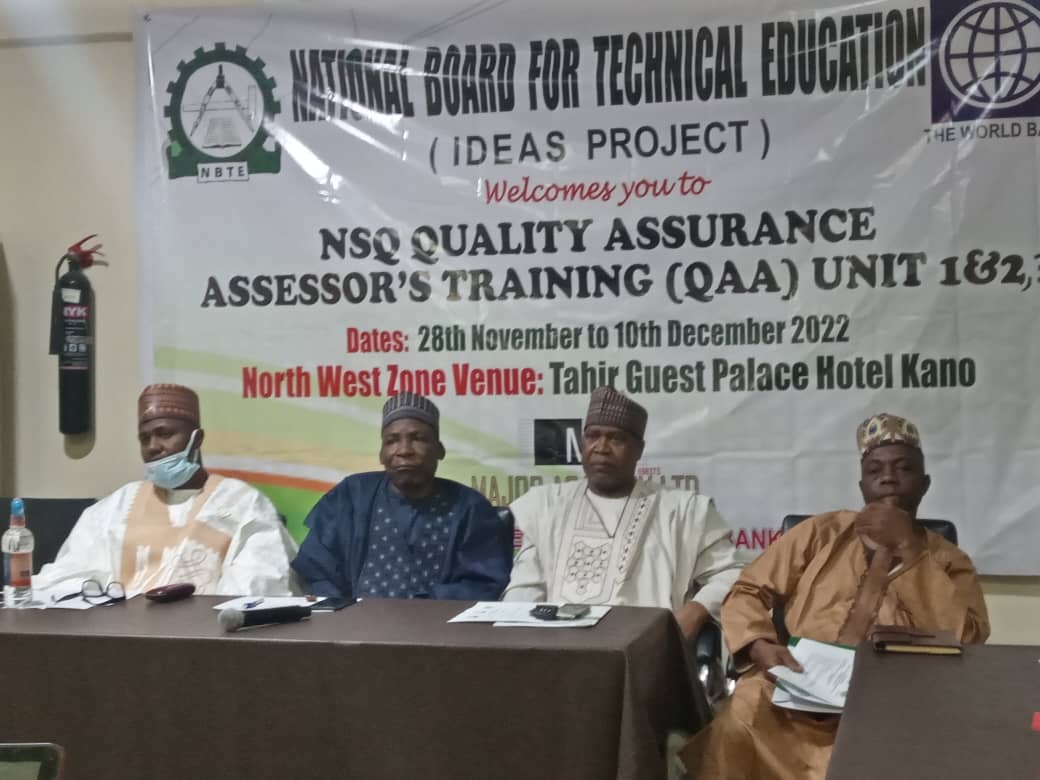 Worried by the dearth of quality assurance and level of preparedness in the in technical and vocational education system in the country, the National Board for Technical Education (NBTE) has expressed dissatisfaction over low number of quality assessors in the country.

The Executive Secretary, NBTE, Professor Idris Muhammad Bugaje represented by his Special Assistant, Ibrahim Bello Bashir made the remarks at a Quality Assurance Assessor’s Training for the Innovation, Development and Effectiveness in the Acquisition of Skills (IDEAS) project Northwest zone held in Kano.

He said, “there is a huge gap in assessors, Nigeria is a country of over 200 million people but the quality assurance assessors we have as at today is about 1,500. This is a huge gap as far as skills acquisition is concerned.

Earlier, the Project Manager, IDEAS, Engr Abbati Muhammad ADK said the project is a World Bank supported with a credit of 200 million dollars under the federal ministry of education executed in the six states each from the geopolitical zones of the Federation.

He said, the objective is to support the skills development system in the country to provide relevant and industry skills for the youth and citizens in general.

80 participants drawn from the Northwest zone are currently undergoing two weeks quality assurance training who will go back and impact to their various communities.

On his part, Kano state commissioner of education represented by the Executive Secretary, Kano state Science and technical schools board, Ahmad Tijjani Abdullahi, said, the project will not come at a better time especially at this critical time when technical and vocational education is being left behind despite several government interventions.

He assured that Kano is ever ready and committed to uplift the activities that are being projected and will be implemented accordingly while tasking the participants to ensure that the knowledge acquired and resources invested in the activity yielded the desired result.

Daily Trust reported that the Minister of education, Adamu Adamu at the 25th combined convocation ceremony and 45th anniversary of the Federal Polytechnic, Idah in Kogi State restated the federal government’s commitment to invest in education especially in areas of technical and vocational education which played a key role in the economic empowerment of any nation.