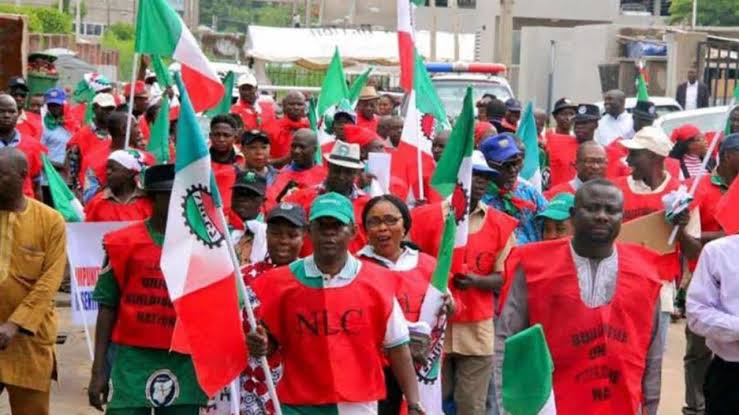 The Kano chairman of the Nigeria Labour Congress (NLC), Kabiru Ado Minjibir has called on the state government to do more in addressing the plight of pensioners in the state as pension and gratuity in Kano state has reached at least 40 Billion Naira.

Minjibir, made the call at a dinner reception organised for the newly elected Chairman of Kano chapter of the Radio and Television, Theatre Arts Workers Union (RATTAWU), Babangida Mamuda Biyamusu by Gerawa group of companies.

He said, while the Union has good relationship with the state government, it becomes necessary not keep quiet considering the gravity of the consequences and effect it has on the subjects.

“One of the major problem we are facing is the issue of pension and gratuity. The pension contributory law was enacted in the year 2006 in Kano state. Employee will give eight percent from his total monthly salary and the government contribute 17 percent. This 25 percent is the funds being used to pay pension, gratuity and pension arrears every month.

“Unfortunately, since the time this law was enacted during the time former governor Ibrahim Shekarau, the system failed. At least, that government left with debt of about 3 billion Naira because there were no much pensioners then, the amount did not have an impact.

“Kwankwaso’s government took over and added on that. The government 17 percent contribution was not paid and therefore, the amount tripled.

“When Ganduje’s administration later took over, it did it’s best. 17 percent at state level was paid but at local government level, SUBEB and primary healthcare are not contributing and it has also doubled on that of what Kwankwaso left.

“We recently demonstrated our displeasure to the state governor in accordance with the pension law for him to call on these agencies to order and he has gavin a directive where a circular was written from the office of the Head of Service this month that each agency and ministry should be paying that contribution.

“Unfortunately, the news we are receiving from this agency is that even this month, the money that was supposed to be given was not as expected and against the provision of the law. Giving this money incomplete is the reason why the money that is going into the pension account is not sufficient to pay the pensioners hundred percent and this is why they are always complaining that their money is being touched every month.”

Minjibir pointed that, “If we continue like this, in six to ten months coming, pensioners from local government areas will be collecting 50 percent of what they were supposed to collect.

“Retired state pensioners will be realising deficit of at least 25 percent out of their pension. Why am I saying this is, all of us here are government employees and whether we like it or not, we will eventually find ourselves in the same situation as pensioners.

“We don’t want a situation where misunderstanding will emerge between us and the government especially at this critical time where someone will say it is someone that is sponsoring us to do. So, we are calling on the government to look into it and address the issue. We don’t want it to be like a thing of inheritance for subsequent governments like it is with the previous ones.”

On his part, the newly elected Chairman, RATTAWU, Babangida Mamuda Biyamusu pledged to be an exemplary leader while taking along all members and organisations in actualising the mandate bestowed on the Union for the betterment of the media practice.