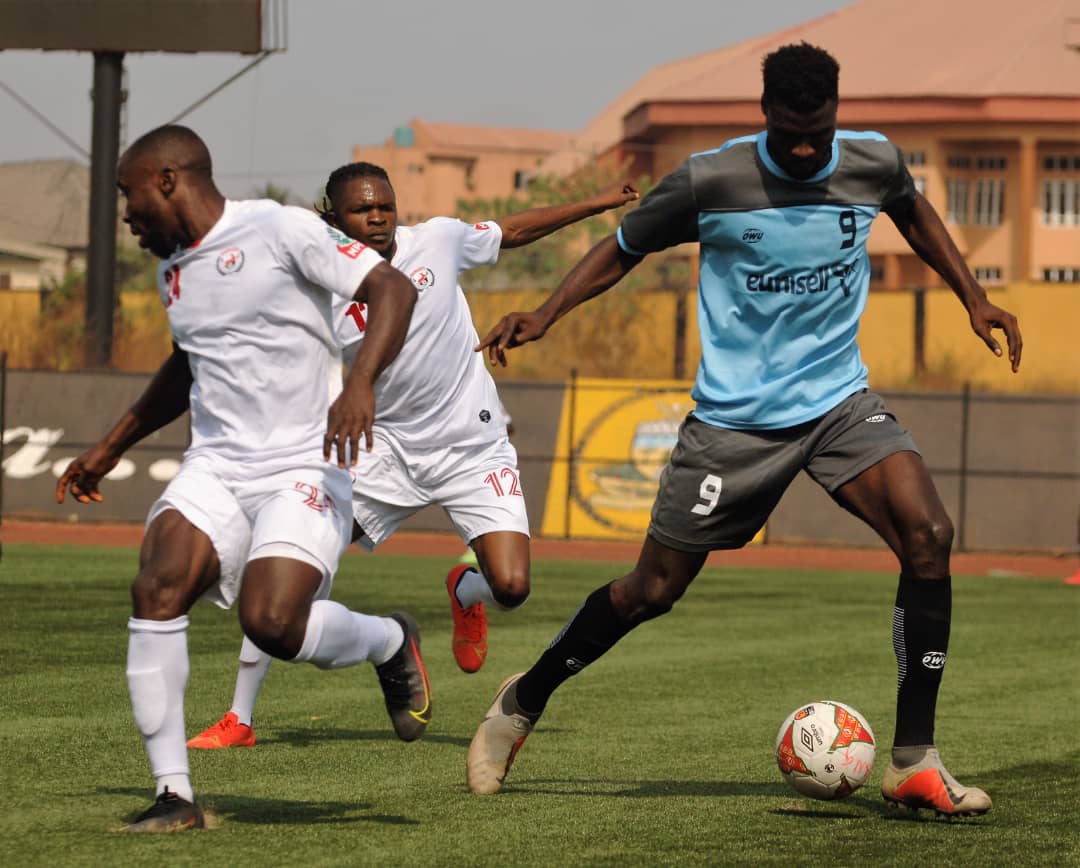 In Nigeria pigeon English it is said : “market day weh go good na for morning dem dey see the sign” as this becomes the story of the first day of the current league season following last week’s opener when away team Bendel insurance humbled hosts Akwa united by two goals to nil.

10 matches were played on matchday 1 of the abridged NPFL 2022/2023 season with an uncommon result of ‘8 away teams’ peeling away ‘at least 1 point’ against their respective hosts.

On the day, reigning champions, Rivers United of Portharcourt as well as Remo stars of Ikene were only two teams that got maximum points playing at home.

The result is seen as a good start to the tenure of the newly installed league Interim management committee IMC and newly inaugurated NFF referee appointments committee as the 18 matchday season commenced.

Recall that in the buildup to this season the Ministry for youth and sports disbanded the League Management Company, LMC, after years of dwindling fortunes in terms of achieving acceptable levels of officiating and match control. Although it is too early to say the IMC has achieved what eluded its predecessor. It is clear that good officiating starting from the first weekend of the new season In Uyo, beget a two nil loss for Akwa United at home to Insurance of Benin.

In other results Nasarawa united were stumbled upon by the people’s elephant, Enyimba of Aba winning 2-0 at the adopted home ground of the former in Jos. Niger Tornadoes got the better of hosts Wikki Tourist in Bauchi whereas Abia Warriors humbled Enugu Rangers in Awka.

At Afonja warriors, Kwara United FC’s adopted home ground in Ibadan no goals were scored as the hosts were held by visiting Gombe United.

However in Gombe state newly promoted Doma United managed to hold the fort at home with a 1-1 draw with visiting Sunshine Stars.

In a 6 goal thriller Plateau United led by Fidelis Ilechuku fought hard to earn a 3-3 draw at home against a rejuvenated 3SC.