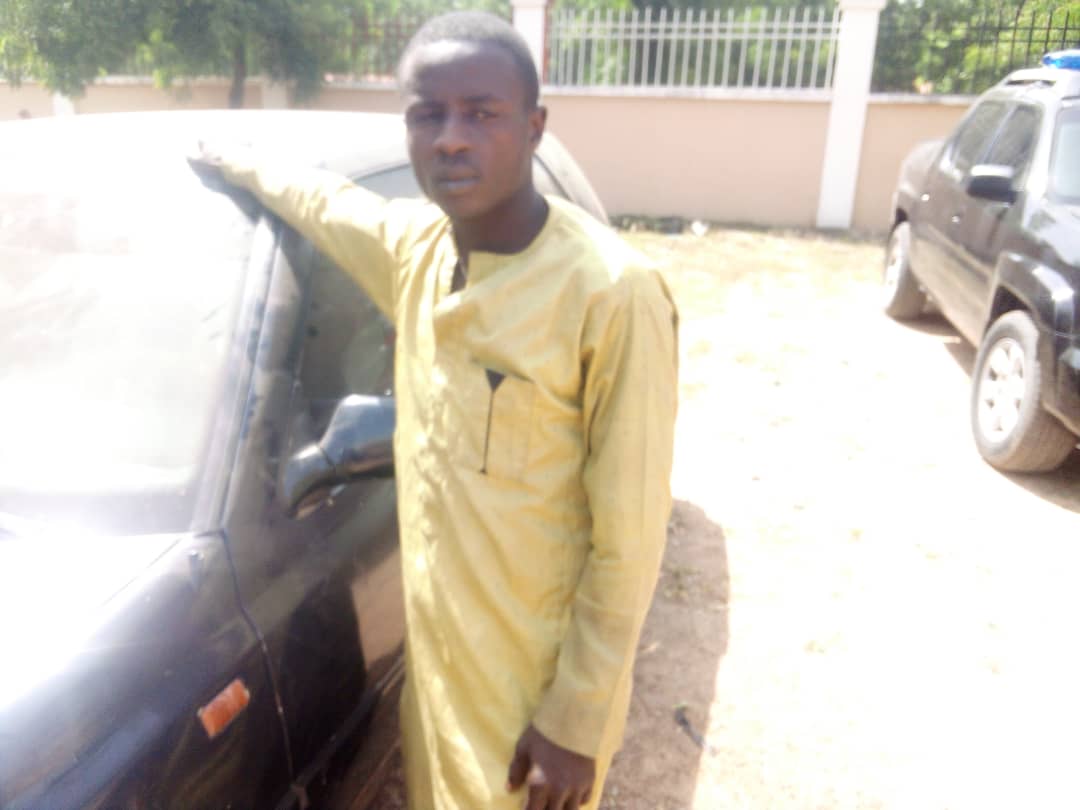 A 23-year-old man, Aminu Salisu has been arrested for allegedly stealing a black color Golf-3 saloon car at Kwanar Dangora village of Bebeji local government area of Kano State.
Operatives of the Nigeria Security and Civil Defence Corps (NSCDC), Kano State arrested Salisu while trying to change the identity of the stolen car at Kofar Ruwa mechanics market in the state.
The Corps Spokesman, DSC Ibrahim Idris-Abdullahi, confirmed the arrest on Wednesday while addressing newsmen.
Read Also: NASENI trains, empower 100 motor vehicle engineers in Kano
He said that the suspect who lives in Kayyu Village of Gwarzo Local Government Kano, was arrested at Kofar Ruwa Market Dala Local Government Area Kano while trying to change the vehicle’s identity by covering it with a poster.
“He already detach and sell some parts of the car belonging to Jamilu Bala Karaye,” he said.
According to him, the suspect confessed to committing the crime and after thorough invesgation would be charged to court.